Is it uploading your entire photo library?

The AI image editing tool FaceApp has seen a massive resurgence in popularity. This shift comes mostly due to the application's enhanced ageing features, which enabled users to make themselves look older or younger thanks to the powers of AI and machine learning.

FaceApp isn't new, having launched in 2017 with a more basic feature set, but with the app's newfound popularity, the app, and its Russian developers have been placed at the centre of a data security controversy. Some users have alleged that the app is harvesting the entire photo libraries of its users. Combine this with some concerning passages in the app's terms of use, and we have a lot to be concerned about.

To be clear, FaceApp doesn't scan the entire photo libraries of its users, with security researchers Elliot Alderson and Will Strafach confirming that the app does no such thing though network traffic analysis. However, it has been confirmed that all images that are edited by the application are offloaded to cloud servers for processing, something which is not made clear within the app.

So yes, FaceApp is uploading photos to online servers, but only those that users choose to edit within the app. Even so, those who are taking part in the FaceApp ageing challenge should know what they are handing over to FaceApp.

Below is a startling section within FaceApp's terms of service, which grants the company effective ownership of any image that's uploaded to the service, granting them royalty-free access to images that are used on their service and the ability to "display your User Content and any name, username or likeness provided in connection with your User Content in all media formats and channels now known or later developed, without compensation to you."

Our Services may allow you and other users to create, post, store and share content, including messages, text, photos, videos, software and other materials (collectively, “User Content”). User Content does not include user-generated filters. Except for the license you grant below, you retain all rights in and to your User Content, as between you and FaceApp. Further, FaceApp does not claim ownership of any User Content that you post on or through the Services.

You grant FaceApp a perpetual, irrevocable, nonexclusive, royalty-free, worldwide, fully-paid, transferable sub-licensable license to use, reproduce, modify, adapt, publish, translate, create derivative works from, distribute, publicly perform and display your User Content and any name, username or likeness provided in connection with your User Content in all media formats and channels now known or later developed, without compensation to you. When you post or otherwise share User Content on or through our Services, you understand that your User Content and any associated information (such as your [username], location or profile photo) will be visible to the public.

You grant FaceApp consent to use the User Content, regardless of whether it includes an individual’s name, likeness, voice or persona, sufficient to indicate the individual’s identity. By using the Services, you agree that the User Content may be used for commercial purposes. You further acknowledge that FaceApp’s use of the User Content for commercial purposes will not result in any injury to you or to any person you authorized to act on its behalf. You acknowledge that some of the Services are supported by advertising revenue and may display advertisements and promotions, and you hereby agree that FaceApp may place such advertising and promotions on the Services or on, about, or in conjunction with your User Content. The manner, mode and extent of such advertising and promotions are subject to change without specific notice to you. You acknowledge that we may not always identify paid services, sponsored content, or commercial communications as such. 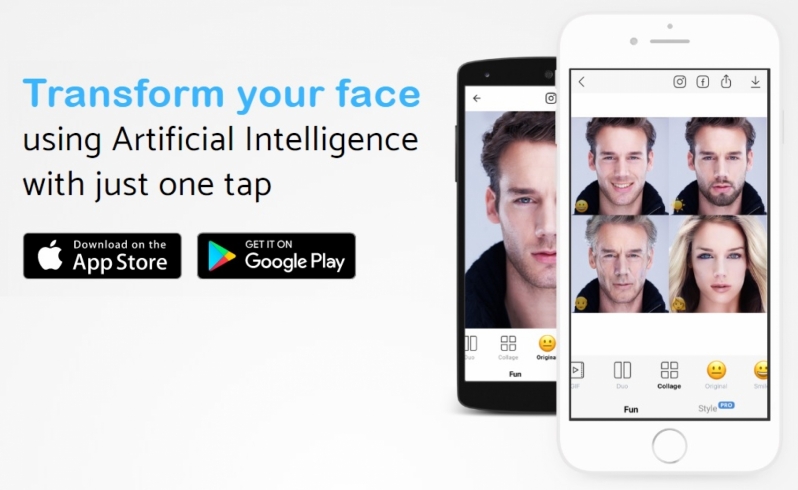 While FaceApp isn't harvesting the photo libraries of its users, what it is doing is taking a license to use the images they edit for commercial purposes, which is a scary thought given the fact that most FaceApp users probably haven't read the app's terms and conditions.

When it comes to viral apps, it is always worth remembering that most software is designed to make money. If you don't pay for the product, the chances are that you are the product. Next time you want to download a fad app like FaceApp, maybe you should read the terms of service.

You can join the discussion on FaceApp, the viral AI-powered photo editor on the OC3D Forums.


Haven't used it, but saw a colleague use it. Results are pretty impressive.Quote