When the HDMI 2.1 standard was announced, the question on the lips of tech enthusiasts was this; what will VESA's response be? In June 2019, we got our answer, DisplayPort 2.0.

So, does this mean that Thunderbolt 3, DisplayPort 2.0 and USB4 are the same? No, but they are close enough to enable some form of interoperability. That's where VESA's newly announced DisplayPort Alt Mode 2.0 spec comes into play.

VESA expects the first devices incorporating DisplayPort Alt Mode 2.0 to appear on the market in 2021. This standard will prove useful for future VR headsets and other devices which require both high-speed data/video transfers concurrently.

With DisplayPort 2.0, VESA is able to create a connectivity standard which can support 80Gbps of bandwidth and operate over a DisplayPort or USB Type-C connection, blasting past HDMI 2.1's maximum bandwidth of 48Gbps. Thanks to VESA's use of Thunderbolt 3, they will be able to catch up to HDMI a lot faster than expected. 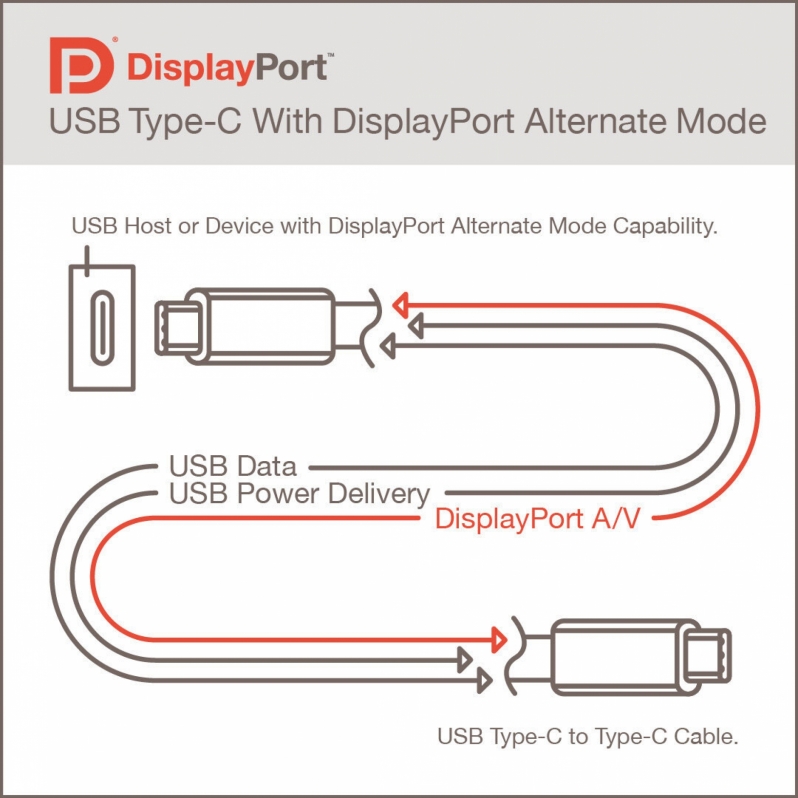 You can join the discussion on VESA's DisplayPort Alt Mode 2.0 on the OC3D Forums.

NeverBackDown
One cable to rule them all... About damn time!Quote

grassman
I recently got the Vive wireless adapter its so much better! I really hope the future of VR isn't wired.Quote
Reply