Vanquish's PC version suffers from several issues on PC, the most noteworthy being the game's increased damage bug that affected those that played the game at high framerates, allowing enemies to deal more damage to the player per second and thus making the game more difficult to play.
The latest beta PC patch for the game fixes this issue, as well as adds some new command line options for those who want to use their secondary display to play the game or play the game in a windowed resolution mode.
This beta patch can be installed by right-clicking Vanquish in your Steam Library, selecting "properties" and then entering the game's "Beta's" tab. From here players can enter the beta access code "PatchBetaTest" and then select the game's "public_patch", which will allow Steam to update the title. 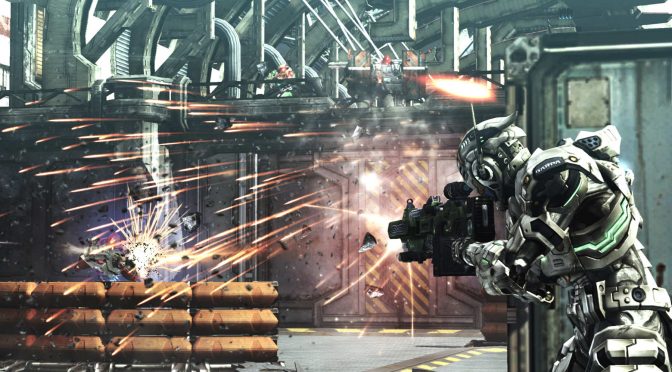 Below is a changelog of everything that this new patch fixes;
Below are the command line options for "monitor 2" mode and windowed mode.
- "-monitor 2"

You can join the discussion on Vanquish's beta PC patch on the OC3D Forums.