Vampire The Masquerade: Bloodlines 2 has been delayed

Vampire The Masquerade: Bloodlines 2 has been delayed

Hardsuit Labs has announced that Vampire: The Masquerade - Bloodlines 2 has been delayed until after Q1 2020, skipping the game's planned March 2020 release date. The reasoning for this delay is simple; the developers need more time to create a "worthy successor to Bloodlines 1".

Right now, Bloodlines 2 has no new release date, with Hardsuit Labs stating that the game will "still launch in 2020". This means that the game could release as late as Q4 2020, depending on how long it takes for the game to meet the expectations of both its developers and fanbase.

The original Vampire: The Masquerade: Bloodlines was infamous for releasing "too early". This lead to technical issues which resulted in the games poor retail performance in its early years. This led to the demise of the series' developer, Troika Games, though the game became successful thanks to its cult following and unique gameplay. Hardsuit Labs doesn't want to repeat these mistakes. Hardsuit Labs wants Bloodlines 2 plans to surpass the "flawed masterpiece" status of the original Bloodlines, though it remains to be seen if this goal will be accomplished.

Below is Hardsuit Labs' latest developer blog post on Vampire: The Masquerade - Bloodlines 2.

To all fans of Vampire: The Masquerade - Bloodlines 2

For the last three and a half years, we’ve worked hard to bring you a worthy successor to Bloodlines 1. To us, that meant not only making good on the ambitions of this remarkable game, but also a duty to ensure we would not repeat its mistakes. Today, we have to tell you that we need some more time to get you the game you’ve been waiting for. Although Vampire: The Masquerade - Bloodlines 2 will still launch in 2020, we have decided to value quality over making the Q1 launch window.

There are some things we wanted to hit under all circumstances when we set out to follow in Bloodlines’ footsteps: A deep, branching storyline; fascinating and amazingly acted characters; the rich universe of the World of Darkness. We firmly believe that we’re on the right track to get you all of this.

On the flip side, there’s the responsibility to avoid some of the issues that plagued the first game, which was famously launched too early. Over the last few months, it became clear that to stick to our original date would risk repeating that mistake. We won’t do that. In the end, everyone working on this game wants to offer you the best Bloodlines 2 we can.

This hasn’t been an easy- nor our first choice. Throughout 2019 we have been improving our processes and growing our teams, however it soon became clear that this alone won’t allow us to deliver the quality we want at the date we promised.

Your feedback was invaluable in this. It helped us give the proper weight to what we saw, as well. We’d like to thank you, and hope you’ll support us in the decision that came from it.

Many of us from Hardsuit Labs will be in Berlin for PDXCON. For those of you going, we look forward to seeing you there! We will be sharing insights into the development of Bloodlines 2 along with other steps we’ve taken to strengthen our development team  to realize our ambitions for Bloodlines 2.

For those of you who won’t be there, we will be sharing more about this during the PDXCON Announcement stream on Saturday the 21st. We are also opening up a Reddit thread to answer any of your questions in the Bloodlines stream on the following Sunday.

Andy Kipling and Brian Mitsoda, on behalf of the team at Hardsuit Labs 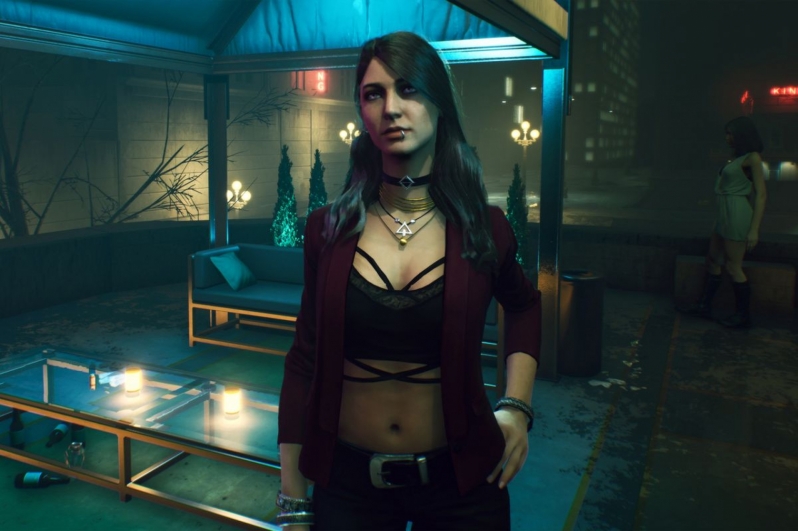 Ultimately, this delay is a good thing. While many gamers would like to see Bloodlines 2 release as soon as possible, this delay will enable the game to launch in a more polished state and tighter gameplay. It's better for a game to release late, than for it to launch in a disappointing state.

You can join the discussion on Vampire: The Masquerade - Bloodlines 2 being delayed on the OC3D Forums.

Dicehunter
Delays for this type of loooonnnggg awaited game I don't mind, More spit'n'polish is never a bad thing.Quote

Bridges
Probably a good idea not to launch an ARPG within weeks of Cyberpunk anyway.Quote
Reply