Vampire: The Masquerade - Bloodlines 2 has been delayed indefinitely as Paradox changes the game's developer

Hardsuit Labs has been removed from the project

Vampire: The Masquerade - Bloodlines 2 has been delayed indefinitely

Paradox Interactive has announced that Vampire: The Masquerade - Bloodlines 2 has been delayed indefinitely, pushing the game's launch past the end of 2021 and to an unknown launch date.  The publisher also confirmed that Hardsuit Labs will no longer be working on the game and that another studio has resumed the game's development.

At this time, it is unknown how Vampire: The Masquerade - Bloodlines 2 will change as a result of the game's new development staff or the precise reason why Hardsuit Labs were dropped from the project. Paradox Interactive is no longer taking pre-orders for the game in response to this delay and the game's developer change.

Paradox Interactive's Lead Community Developer, Dale Emasiri, credits Hardsuit Labs with "laying the foundations" for Vampire: The Masquerade - Bloodlines 2 but gives no reason for the studio's dismissal. Paradox's CEO has confirmed that they are already started working with an unknown studio partner who they are "convinced" will "do the game justice".

Good morning, As you have noticed, we’ve been keeping pretty quiet for a while. With this in mind, the first piece of news we have for you is to confirm that Bloodlines 2 is still in development.

Secondly, we have made the hard decision that Hardsuit Labs will no longer be leading the development of Bloodlines 2 - which also means that we will not be releasing in 2021 as previously planned. Since we cannot at this time communicate a new release date, we've also decided to stop accepting pre-orders for the time being.

This game is very important to us and it has been an ambitious project from the very start. In order to meet our goals for it, we’ve come to the conclusion that a change is needed and, as a result, more development time is required.

We’d like to take this opportunity to honor Hardsuit Labs for their efforts and thank them for their hard work on the project. The studio has done a tremendous job in laying the foundations for the game and we hope that you, the community, will also appreciate their contribution to Bloodlines 2.

We’re thankful for your continuous support throughout the game’s development. We understand how important this is to you, and we’d love to share more with you. As soon as we can, we’ll let you know what the future development team of Bloodlines 2 will look like.

Vampire: The Masquerade - Bloodlines 2 now has no firm release date and is being worked on by an unknown developer. The game will release after the end of 2021, though at this time, it appears to be too early to give the game a firm 2022 launch date.

For us, it is crucial that our games are well received by the players, so we always choose, if possible, to give our development studios the time required to achieve our quality goals.

This also affects the development of Vampire: the Masquerade – Bloodlines 2, where we communicated a delay during the third quarter of 2020. We have now chosen to postpone the release of the game further, and we will not be launching the game in 2021. We have also decided that Hardsuit Labs will no longer be leading the development of Bloodlines 2, and we have started a collaboration with a new studio partner to finish work on the game. This has been a difficult decision, but we are convinced that it is the right way forward to do the game justice.

You can join the discussion on Vampire: The Masquerade - Bloodlines 2 getting delayed indefinitely on the OC3D Forums. 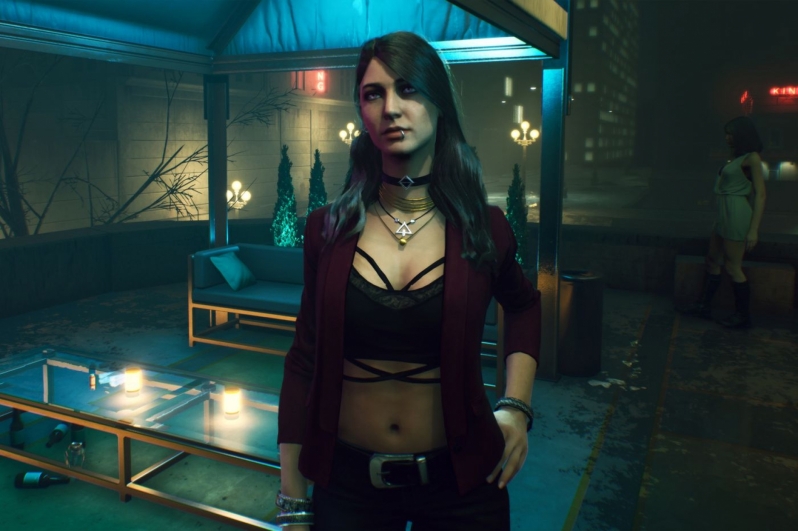 Dicehunter
Disappointing as I was looking forward to playing this sometime this year with shiny RT effects as I immensely enjoyed the prior game.

I have a few theories on why the studio change.

1. The studio was not delivering the level of quality the IP owner wanted.

2. 1 or more people inside the studio are creeps and/or hold unpopular opinions and the IP holder does not want the game associated with them.

3. They underspent and pocketed some of the funds.

4. They overspent on useless things.

Going by todays social climate my money is on number 2

NeverBackDown
Not sure I'd label them creeps without any insight...

It's probably a legal reason considering how hush hush and sudden the situation appears to be.Quote

Dicehunter
Quote:
Not labelling anyone, I'm saying this could be a possibility.Quote

Bridges
Inexperienced studio, dull last-gen looking trailers, unpopular policies (like trigger warnings for the 'insane' vampire clan), fired the guy who worked on the original and was the driving force behind making a sequel for no given reason...

Better to delay indefinitely and switch teams than release the next Mass Effect Andromeda.Quote
Reply