Valve forbids mentioning "non-Steam versions" of games in its platform

Valve is clamping down on non-Steam promotion

Valve forbids mentioning "non-Steam versions" of games in its platform

Moving forward, Valve is no longer allowing developers and publishers to promote "non-Steam versions" of gamers using their Steam community hub. Valve wants its users to promote their games on Steam and Steam alone, as detailed on the company's community hubs FAQ.

With competition heating up within the PC market thanks to the Epic Games Store, Xbox Game Pass for PC and other PC services, Valve now feels that its platform must be used for their benefit. Some publishers and developers have been using their Community Hub to announce games on other platforms, using Steam's reach to benefit 3rd parties.

Below is what Valve has to say regarding "non-Steam versions" of titles on Steam.

In the game you ship via Steam, and in communications on Steam, you may only promote the Steam version and its availability via Steam, and not other distribution outlets.

This applies both to full versions of your game and to content patches that change the existing version.

Using Steam's community hubs, developers can create discussion boards and showcase screenshots, artwork and the gameplay features of their upcoming titles. This section can also act as a new board for new releases, a fact that has been exploited by developers to advertise games outside of Steam. This has now been prohibited under Valve's new Community Hub rules.

At this time it is unclear when Valve decided to add this rule, or what games force Valve to put this rule into place. Regardless, PC gamers can expect Steam's Community Hub to no longer mention game releases on Xbox Game Pass for PC, GOG and the Epic Games Store. 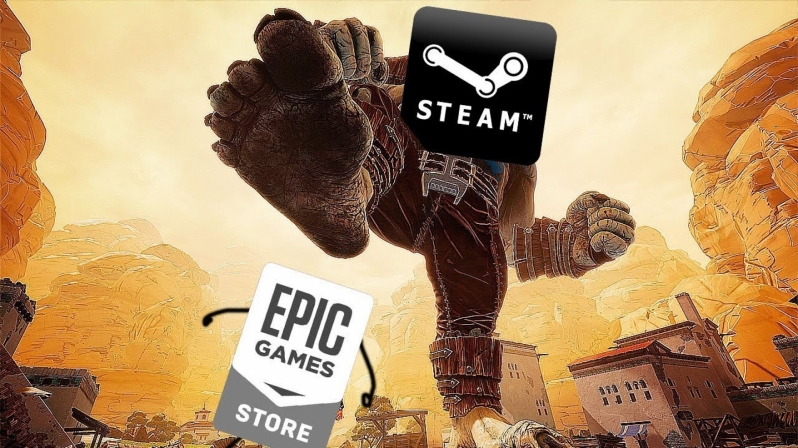 (Valve's putting its foot down)

You can join the discussion on Valve stopping developers from mentioning "non-Steam versions" of games on its community hub on the OC3D Forums.

Digikid
ROFL!!!! Good luck with that Steam....good luck. Like me, if you try to shut the people up the more they will resist.Quote

Warchild
Quote:
Im surprised I dont hear the steam fan club all yelling "down with EPIC, and good riddance"...Quote
Reply