Yesterday, 4A Games announced that Metro Exodus was becoming an Epic Games Store exclusive, thanks to a new deal between Deep Silver, the game's publisher, and Epic Games, seeing the price of the game get reduced in some regions.

In response to this, Valve has issued a notice on their Steam storefront branding the decision as "unfair to Steam customers".  Even so, 4A Games has ensured that all existing pre-orders on Steam will be fulfilled on Valve's platform and allowed pre-orders to remained available on Steam for several hours after the announcement, giving Steam's hardcore fanbase time to pre-order Metro Exodus before it was too late.

Below is Valve's full notice regarding Metro Exodus leaving Steam.

Sales of Metro Exodus have been discontinued on Steam due to a publisher decision to make the game exclusive to another PC store.

The developer and publisher have assured us that all prior sales of the game on Steam will be fulfilled on Steam, and Steam owners will be able to access the game and any future updates or DLC through Steam.

We think the decision to remove the game is unfair to Steam customers, especially after a long pre-sale period. We apologize to Steam customers that were expecting it to be available for sale through the February 15th release date, but we were only recently informed of the decision and given limited time to let everyone know.

The driving force behind Metro's exodus from Steam is the large revenue slice that Valve takes from games on their service, taking a 30% cut by default. In contrast, Epic Games only demands a 12% cut, giving developers 88% of their games' revenue, rather than 70%. This change gives developers what amounts to 25% more income.

Deep Silver's CEO, Dr. Klemens Kundratitz, has stated that Epic's revenue terms will allow the publisher to "invest more into content creation, or pass on savings to the players", both of which will benefit gamers. At this time Metro Exodus costs £49.99 on both Steam and the Epic Games Store. The move to the Epic Games Store has resulted in a price decrease for Metro Exodus in some regions. 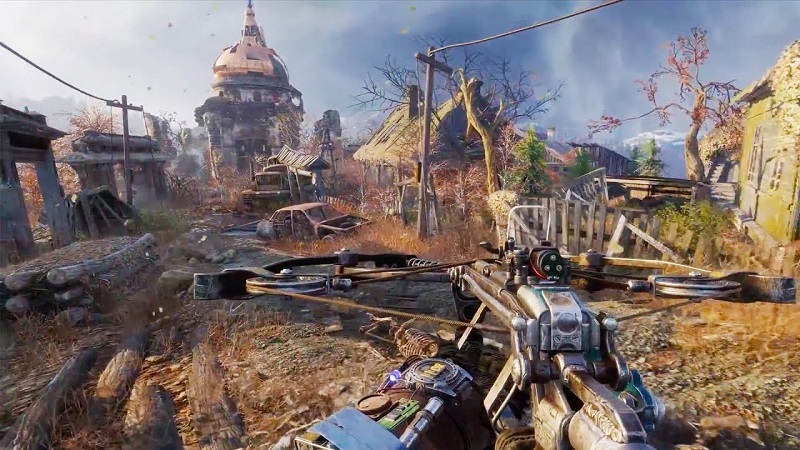 Valve's Steam platform has been PC's leading storefront for quite some time, leaving the company complacent and slow to change, taking a legal battle in Australia to force them to implement an automatic refunds system and constant complaints from both consumers and developers to make any changes to the platform's visibility system.

Moving forward Valve needs to change their ecosystem and make it more attractive to big publishers, as otherwise, Epic Games' promise of more revenue will eventually push more big publishers away from Valve's platform. Ubisoft and Deep Silver have already abandoned Steam in favour of the Epic Games Store, and it is likely that more publishers will make similar moves in time.

You can join the discussion on Steam branding Metro's Exodus from Steam "unfair" to consumers on the OC3D Forums.

WillSK
I mean..if the customers get stung with higher prices because of the game moving to EPIC store then yeah but otherwise this is just business imo.

If the extra money made by developers leads to better pricing and more investment in post release content, I'm all for Epic doing their thing.

I just think Epic need to be careful. Sure they've got all this extra cash from Fortnite which they can use to bully their way into this market but the hype will die eventually and they need to make sure they are able to run a quality and sustainable platform on 12% cutQuote

tgrech
Well, given Epic develop the most popular AAA game engine there is and are arguably the most important back end developer for the gaming industry, from consoles to PC, with even first party console titles now relying on them, I seriously doubt they're going anywhere anytime soon. If you look at popular titles nowadays, including recent ones like Ace Combat 7, Gears 5, Crackdown and so on, it's almost a 50/50 call as to whether Epic developed the engine for it, and it's a big contributor as to why many big games now are PC first, then ported to consoles, but still well optimised across platforms, while now also being a key driver of crossplay.

Epic has long proven themselves as a potent force for good in the game industry, and having cemented that with their latest Unreal Engine releases, which are available for free to anyone, I think it'll be a long time before we see a company reach the same level of influence in this industry.Quote


Valve had their chance, and they blew it on making as much profit as they could while still appearing to do good by everyone but in the background they made a huge mess of their store, their hands off approach to quality control and just not giving a damn about leaving us in the dust with a few games in the last decade.Quote

ET3D
Quote:
They claimed that it's sustainable, based on their experience with Fortnite. They gave enough details for that claim to be convincing.


Also, the money doesn't just go away, unless they squander it, which they probably won't do. The billions they got from Fortnite could last for a long while. When a company has excess money it's a good time to get into new ventures, especially the kind that only costs a fraction of the money they have.


I'll wait to see how successful the Epic store is, but I don't see it dying quickly.Quote

AlienALX
As I said elsewhere -

Yeah you'd think after all of the hints valve would have gotten the message.

Uplay, Origin, Battlenet, GOG, Bethesda and any I've either forgotten or don't know about. That's a lot of hints,man.Quote
Reply