Microsoft has started to issue new copies of Halo 5: Guardians with updated boxart, listing the game as an "Xbox One Console Exclusive" while also advertising 4K Ultra HD support and Xbox One X enhancements.

In previous boxart iterations, Halo 5: Guardians was listed as an "Only on Xbox One" title, making the game's move to being an "Xbox One Console Exclusive" indicative of a potential PC re-release.

Rumours of Halo 5 on PC are almost as old as the game itself, with Microsoft themselves listing the game with Windows 10 support online earlier this year. While Microsoft has since removed this listing, calling the listing an "error", the term "Xbox One Console Exclusive" suggests that the game is releasing on another, non-console, platform.

The term "Xbox One Console Exclusive" has been used before, in games such as Quantum Break, Sea of Thieves and State of Decay 2 all featuring the same heading on their boxart. These three examples all released as Xbox One Play Anywhere titles, which means that they released both on Xbox One and Windows 10. 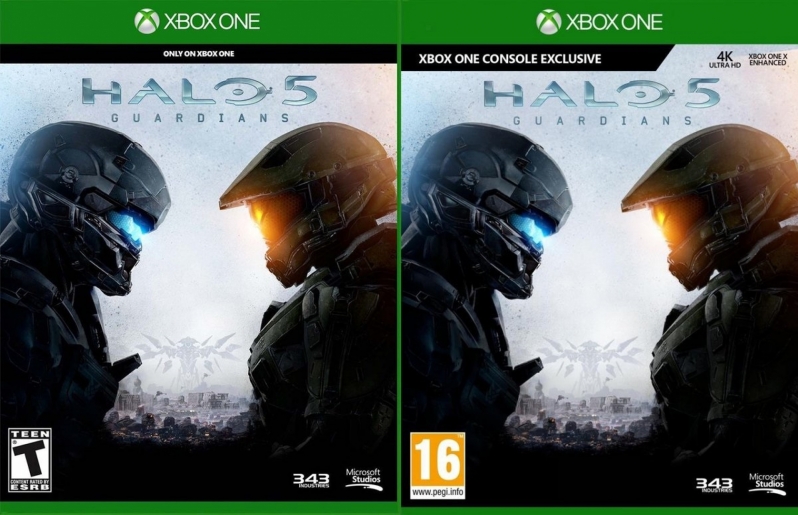 While Microsoft has not officially confirmed that Halo 5 is coming to PC, there is undoubtedly enough game listing errors floating around to back up the hypothesis. Is this new boxart another error from team Xbox?

You can join the discussion on Halo 5's updated boxart hinting at a Windows 10/PC release on the OC3D Forums.

Dicehunter
Campaign co-op in this would be immense !Quote


in case you cannot read it says "XBOX ONE CONSOLE EXCLUSIVE"

That in no means hints at a PC release.


Don't get me wrong...I would LOVE a Halo 5 PC release....but until you hear it from 343 Studios directly....this is all just pure speculation and wishes.Quote

Warchild
Quote:
I think its reference to the fact that Xbox One exclusives in the past have been Microsoft exclusives, in other words available for PC too.

I'm in same boat though. That picture means nothing to me until we at least see some verbal/textual hint from 343.Quote

Dicehunter
Quote:
As Warchild said, Quantum Break, Forza Horizons 3 + 4, Forza 6+7, Killer Instinct and Sea of Thieves are all Xbox One Exclusives, Yet they are on PC, "Xbox One console Exclusive" just means it won't be coming out on PS4 and Switch.Quote

NeverBackDown
Quote:
It already has that and it's crap. Worst Halo ever. Was like 12 missions long, beat it in 6 hours(in one sitting with a friend), misleading trailers about the story, story had nothing to do with the trailers, and on top of that the story was so predictable and bland it may as well just have had no campaign. Such a waste of time and money. The multiplayer was horrible too. I believe it didn't do well money wise. I can see why.Quote
Reply