The game will become exclusive to Uplay and the Epic Games Store post launch.

The gaming retailer Gamesplanet has released a statement which confirmed that Ubisoft plans to drop the Division 2 from all 3rd party Digital storefronts after the game releases on March 15th, making the game exclusive to both Uplay and the Epic Games Store.

This is said to be true for all upcoming Ubisoft releases, which effectively means that Ubisoft is preventing most 3rd parties from getting a cut of their future gaming revenues, be it for game purchases, DLC purchases or season pass/expansion purchases.

Thankfully, pre-orders for The Division 2 are still possible at the storefront of your choice, though support at these retailers will be limited because after March 15th they will no longer be able to supply new game codes.

Below is Gamesplanet's full statement;

Sadly we have to announce you that Ubisoft will not allow digital third party stores, such as Gamesplanet, to sell Division 2 after its release on March 15th 2019. After this date, the game will digitally only be available through Ubisoft's Store and another exclusive digital store. This will also be true for all upcoming game content such as Season Pass, Extensions, etc.

Take the opportunity to buy at Gamesplanet until March 15th 2019 and make use of the Paysafecard promotion as this will be available until the game will be pulled from our stores.

We won't be able to solve some support requests (e.g. key activated on the wrong Ubisoft account) after March 15th, as we won't have any more keys to exchange/swap. Please address your support requests to Ubisoft directly for such cases.

Worry not, all purchases that have been completed on Gamesplanet will be honoured. This is also true for gifts, no matter if these have been picked up or not.

Obviously, we are not happy about this decision. 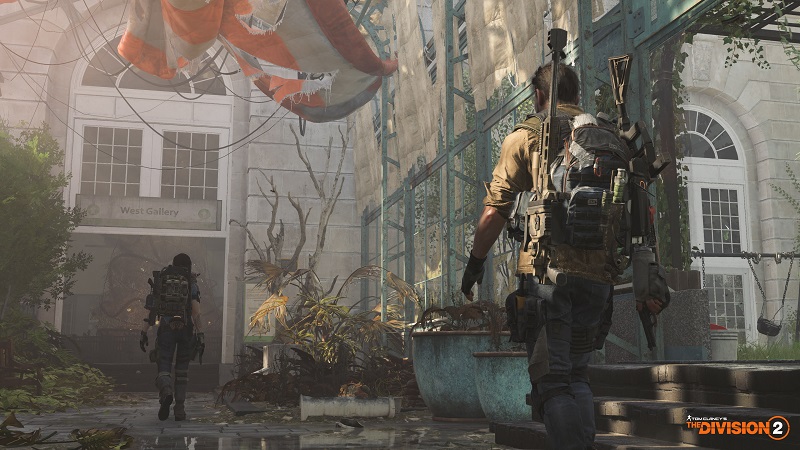 In the future it looks like all Ubisoft games will be exclusive to either Uplay or the Epic Games Store, giving consumers little ability to shop around for better game prices or offer. This appears to be a business decision from Ubisoft and it ultimately harms 3rd party digital gaming retailers and limits consumer choice.

You can join the discussion on Ubisoft pulling away from 3rd party gaming retailers on the OC3D Forums.