The game has a release date in November 2020

These retail listings were documented on the Resetera forums, where PlayStation 4 and Nintendo Switch versions of the game are documented. The Remade trilogy will presumably also release on PC and Xbox One and include remakes of Prince of Persia: The Sands of Time, Warrior Within, and The Two Thrones.

Ubisoft has already confirmed that the company has a new Ubisoft Forward planned for this September, an event which will likely serve as the publisher's reveal event for its Prince of Persia Remake. At Ubisoft Forward, the company is also likely to reveal more information about other upcoming releases like Watch Dogs: Legion, Far Cry 6 and Assassin's Creed Valhalla.

Ubisoft's Prince of Persia Remake will likely support Xbox Smart Delivery and offer PS4 users a free PS5 upgrade option for owners of the game on PlayStation 4. That said, we can only guess at the upgrades that next-generation systems will offer. 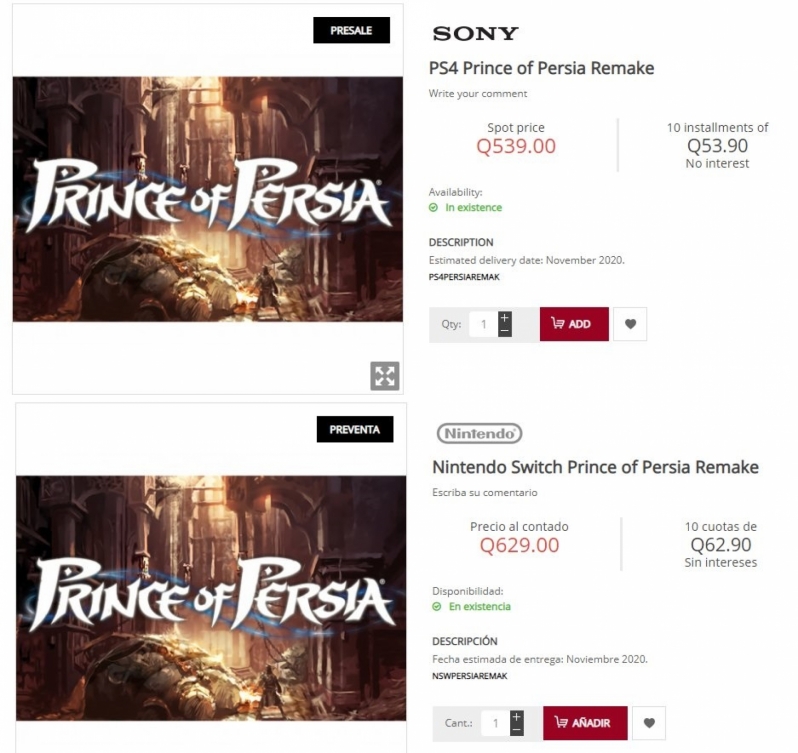 You can join the discussion on Prince of Persia's remake getting listed at retail on the OC3D Forums.

One of my most favorite series, remade? Fantastic.Quote
Reply