Sorry, no Splinter Cell this time...

Ubisoft plans to release five new AAA games within its next fiscal year, having already confirmed the release of Watch Dogs: Legion, Gods and Monsters and Rainbow Six: Quarantine within this timeframe. This begs a simple question, what are the other two games?

While Ubisoft hasn't confirmed this, the sources of the gaming journalist Jason Schreier believe that these games are new Assassin's Creed and Far Cry titles, dismissing rumours that Ubisoft plans to release a new Splinter Cell game in the near future.

Far Cry and Assassin's Creed are good bets for Ubisoft, given the popularity of recent entries in these franchises and the opportunities offered by next-generation consoles to push the graphics within these titles to new heights. That said, these games are likely to be multi-generational releases, with versions on both current-generation and next-generation console platforms.

Both of these games are likely to be announced at or before E3 2020, though Schreier's prediction gives these games release dates between April 2020 and March 2021. These dates line up with the start and end of Ubisoft's next financial year, which makes sense given Ubisoft's already stated plans to release five AAA games in their 2020/21 fiscal year. These games have to launch within this timeframe, assuming that neither title is delayed. 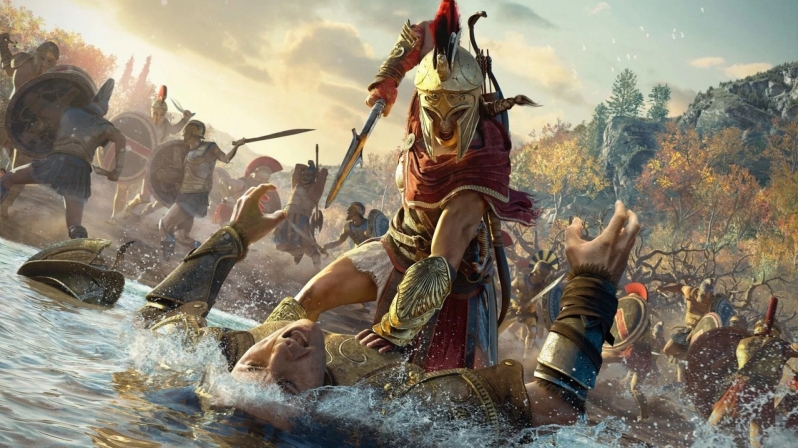 Is Schreier's report true? I guess we will find out at or before E3 2020. There's no way that Ubisoft would release a new game within this timeframe without an E3 presence, so it won't take long before this report is confirmed or invalidated.

You can join the discussion on Ubisoft's plans to release new Assassin's Creed and Far Cry games in the near future on the OC3D Forums.

NeverBackDown
Crazy to release 3 games in 3 months during that time.

I'll buy the next AC either way. Probably a Viking age. PUMPEDQuote

NeverBackDown
Quote:
Well it comes from Ubisoft. So it's not wrong...we only know 3/5 games. It's just rumoured time-frames but since they are all last quarter only makes sense for 1 game per month.Quote
Reply