Warhammer Fantasy fans may already know about Grand Cathay, the little-known faction that has barely been spoken about since Warhammer Fantasy 2nd Edition. Until now, practically nothing was known about the far eastern faction, as its lore was made up of little aside from minor decades-old references.

As part of Total War Warhammer III's development, Creative Assembly and Games Workshop have worked hard to flash out these lesser-known factions with full armies, plenty of lore and some much-needed background details. Like Kislev, Grand Cathay is being taken to the forefront of the Warhammer Fantasy work with Total War Warhammer III, expanding the setting with fully fleshed out factions and armies.

Let there be dragons!

Grand Cathay's armies are designed to be defensive, offering players powerful ranged units and strong infantry. Giant Terracotta Sentinels, powerful living statues, will act as one of the faction's most powerful land-based units, and flying machines can be used to take battles into the air. The faction also has access to dragon-blooded sorcerers who can wield the lores of Yin and Yang to combat their foes.

Total War Warhammer III is being used to expand the Total War Fantasy universe by fleshing out the far off factions that have been ignored for far too long. Grand Cathay will look and play unlike all other factions in Total War Warhammer III, giving fans of the franchise ever more variety, especially in the game's planned globe-spanning Mortal Empires map.

Total War Warhammer III was delayed yesterday until early 2022, giving Creative Assembly the time needed to polish their game and create a game that lives up to the expectations of long-time Total War fans and Warhammer fans alike. We expect to see Grand Cathay's armies in action soon on Creative Assembly's Total War YouTube channel.

You can join the discussion on Creative Assembly revealing Total War Warhammer III's Grand Cathay faction on the OC3D Forums. 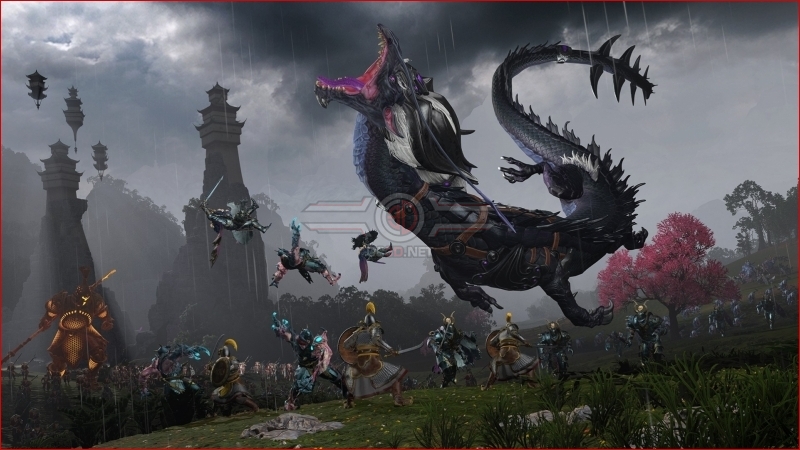 NeverBackDown
That was a pretty slick trailer. Wasn't interested in Cathay but those units looked great!Quote
Reply