Total War Warhammer III has been delayed until 2022

Total War Warhammer III will not be released this year

Total War Warhammer III moves the game to the eastern side of the Warhammer Fantasy World, focusing on the Kingdom of Kislev and the relatively unknown Empire of Cathay. The game will also include the four ruinous powers of Chaos; Nurgle, Slaanesh, Tzeentch and Khorne. These being are also known as the Chaos Gods.

The Total War team doesn't plan to be silent about Total War Warhammer III following its delay, revealing that the studio will showcase the game's Grand Cathay faction tomorrow.

Below is what Creative Assembly's Chief Product Officer, Rob Bartholomew, had to say about Total War Warhammer III's delay. 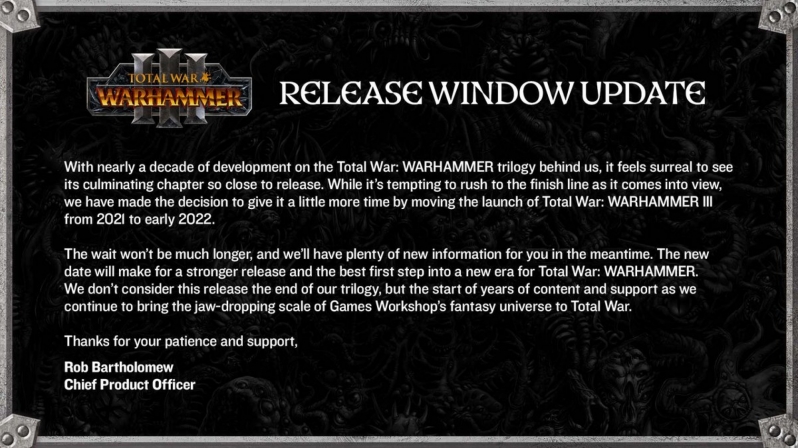 Creative Assembly has confirmed that Total War Warhammer III will be released with nine playable Legendary Lords at launch. This roster is expected to be expanded significantly over the coming years. 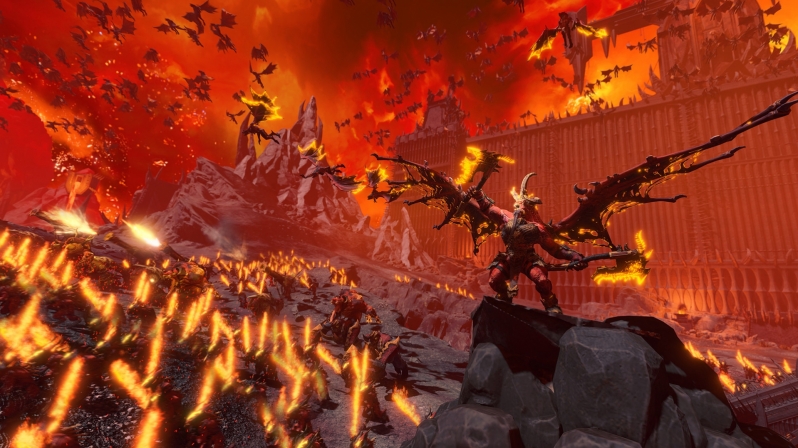 Total War: Warhammer III is coming to Windows PC, macOS and Linux through Steam and the Epic Games Store, with the game launching first on Windows. Feral Interactive will be working on the game's Linux and macOS versions, which will release as soon as they are ready.

You can join the discussion on Total War Warhammer III's delay on the OC3D Forums.