Creative Assembly has confirmed that Total War: Three Kingdoms has become the most popular entry in the series' long history, selling over 1 million copies within a week of release. Not bad for a niche, PC-only game.

Right now, Total War: Three Kingdoms boasts over 160,000 concurrent players, cementing the game as Steam's third most popular title at the time of writing. Part of this popularity is due to game sales in China, with the game's focus on Chinese history/legend makes the new series especially suited to take advantage of the region's growth.

In our performance analysis of Total War: Three Kingdoms, we found that the game was highly scalable, being playable on a wide range of machines, even those with older graphics cards and processors. Even with this scalability, high-end PC users will find the game stressful enough to bring even today's highest-end systems to their knees when high resolutions and graphical settings are utilised.

"We knew we had something special with Three Kingdoms but the response from players, old and new, has exceeded all expectations,” said Rob Bartholomew, the chief product officer of Creative Assembly, to PC Gamer, “We’re seeing a lot of ‘best Total War ever’ comments out there. We’re very proud.” 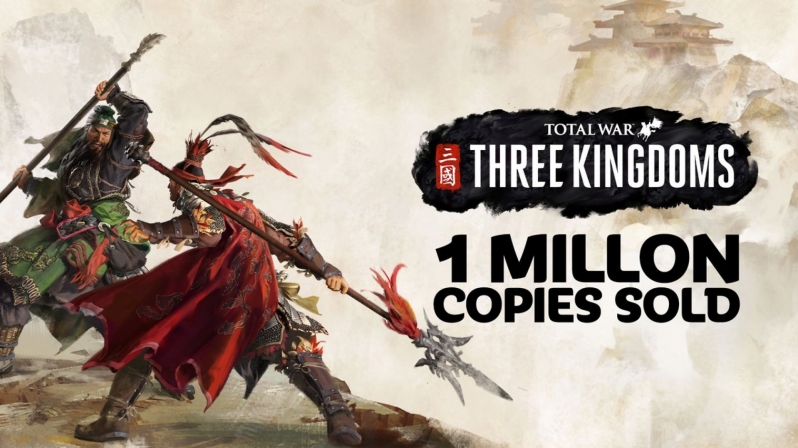 You can join the discussion on Total War: Three Kingdoms selling over 1 million copies on the OC3D Forums.

NeverBackDown
Not surprising. Take China out of the equation(as they probably are the most responsible for this) the game itself is just SOOOO much better than previous titles. They finally did everything fans wanted for years. It was going to be successful no matter what.Quote

demonking
red the books, seen the films and played almost every game based on this period of history and still not looked at this yet.

A kessen 2 remake would also be nice, though this looks reasonably closeQuote

tgrech
Is it that good? To be honest I still play Rome 1 more than any of the more recent ones, will have to check this out.Quote
Reply