Total War Saga: Troy is available for free for 24 hours

Grab your free copy on the Epic Games Store

Total War Saga: Troy is available for free for 24 hours

For the next 24 hours, Total War Saga: Troy will be available for free on the Epic Games Store, allowing PC gamers to gain full access to the game without paying a penny.

This free promotion started at 2 PM BST, and will end on August 14th at the same time, after which Total War Saga: Troy will be available for its full retail price. Total War fans should take advantage of this offer as soon as they can to get permanent free access to the latest game in the Total War series.

Total War Saga: Troy will tell the story of the Trojan War, allowing players to take control of ancient factions as they wage war across ancient Greece and Turkey. Gamers will be able to control or fight against legendary heroes from that era and change history through clever battle tactics and shrewd faction management.

PC Gamers can redeem their free copy of Total War Saga Troy on the Epic Games Store. You can also read about the game's PC system requirements here. 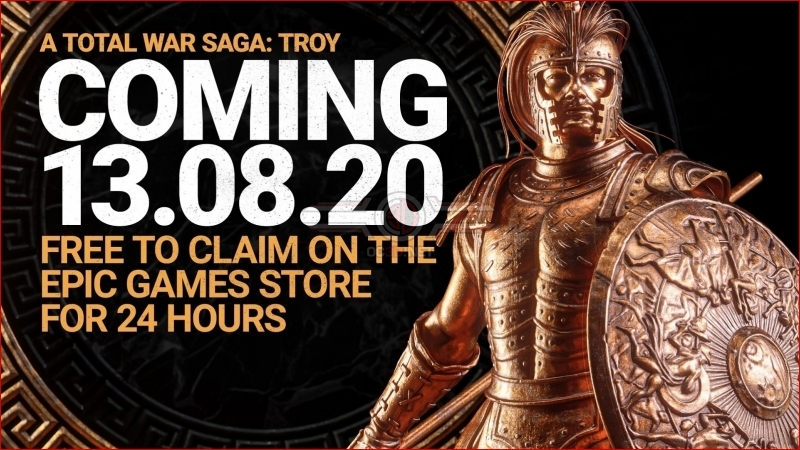 You can join the discussion on Total War Saga: Troy being available for free on the OC3D Forums.

RobM
currently downloading this, have avoided the myriad of youtuber content so I can experience it properlyQuote

NeverBackDown
Smallest TW download since what? Shogun 2? It's tiny. Was only like 16GB but install size is around 25GB.