Play on PC at home, and on your Switch on the go

Patch 3.6 of The Witcher 3's Switch version has brought with it a large number of changes, adding support for touch controls, new graphical options, performance optimisations and various other fixes.

For PC gamers, this patch also packs a killer feature for The Witcher 3's Switch version. For PC gamers? Yes, The Witcher 3's latest Switch patch has enabled cross-platform saves with the game's GOG and Steam versions. When speaking to US gamer, CD Projekt Red has confirmed that there are no plans to deliver this feature to the game's Xbox One and PlayStation 4 versions.

Now, PC gamers can enjoy The Witcher 3 on the go thanks to Nintendo's latest portable console using their original PC save files. That said, users of mods on PC will need to be cautious, as you will need to be sure that your mods to not interfere with your game's save files. CD Projekt Red has also warned that players shouldn't change the names of their save files, as this could prevent the Switch version of The Witcher 3 from recognising them.

When Nintendo's Switch released, a port of The Witcher 3 was considered impossible. While the game has to make some sacrifices to run on Nintendo's mobile gaming hardware, it remains a fully-fledged version of The Witcher 3, so much so that PC saves are now fully compatible. Perhaps more Switch games should follow the lead of CD Projekt Red and Saber Interactive. 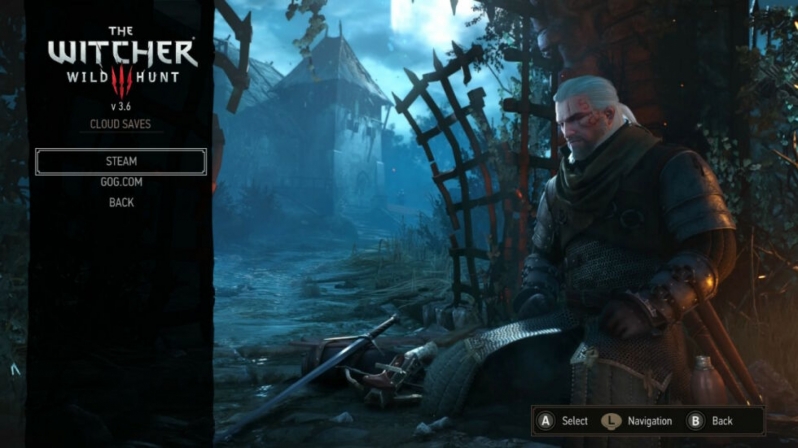 You can join the discussion on The Wither 3's Switch version gaining cross-save support with PC on the OC3D Forums.

Warchild
Im at a point where Im literally doing every side quest because I dont want it to end, ever!Quote

Peace Đ
God, these guys are awesome! This is dedication! Now I want Cyberpunk simply to support them.Quote
Reply