Play The Stanley Parable. Do it!

For the next week, the Epic Games Store is giving away two great games for PC, Ubisoft's Watch Dogs, a 3rd person action game, and The Stanley Parable, a unique gaming experience that you must play.

While Watch Dogs was considered a disappointment at launch, the game explores a lot of interesting gameplay concepts. The game was one of those early Xbox One/PlayStation 4 titles that had its visuals "downgraded" before its launch. Within the game, players can travel across Chicago and work to take down the city's corrupt officials though criminal hacking.

The Stanley Parable is a game that's unlike any other, offering players a first-person, narrative-driven experience which must be played to be understood. If you haven't already, play The Stanley Parable. It's a surprising, well-made and hilarious title which will give you at least one sittings worth of enjoyment.

Both Watch Dogs and The Stanley Parable will be available to play for free until March 26th at 3 PM GMT. Next week, Figment and Tormentor x Punisher will be available for free on Epic's gaming store. You can claim your free games in the Epic Games Store using this link. 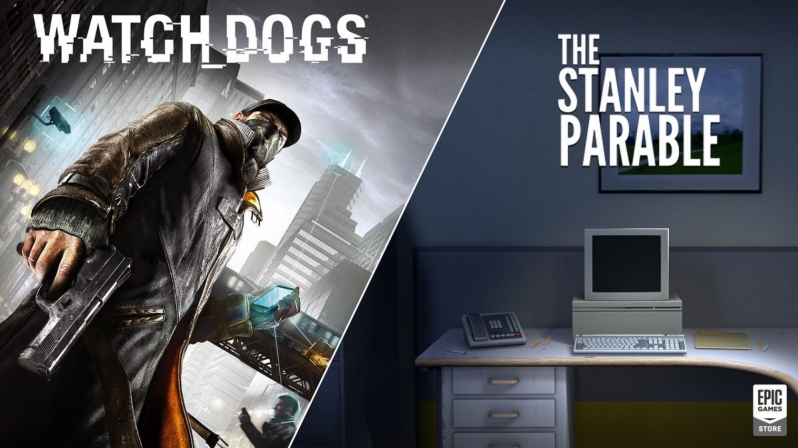 You can join the discussion on The Stanley Parable and Watch Dogs being available for free on the Epic Games Store on the OC3D Forums.

AlienALX
Thanks dude. Might give WD a try now that hardware that can run it actually exists. It was a decent game, but the frame drops put me right off and that was on SLi 670s with full support.Quote
Reply