The Spyro: Reignited Trilogy's PC version has been spotted

The Taiwanese video game rating board are rarely wrong.

The Spyro: Reignited Trilogy's PC version has been spotted

Much like the Crash Bandicoot N. Sane Trilogy, it looks like the Spyro Reignited Trilogy is coming to PC, courtesy of Iron Galaxy, the developer who brought the Crash trilogy to PC last year.

This information comes via the Taiwanese games ratings board, with Twitter user Wario64 being the first to spot the game. With today's consoles being extremely PC-like architecturally, it makes a lot of sense for Spyro to transition over to the platform, given the relative ease by which the game could be ported.

While the Crash Bandicoot N. Sane Trilogy has its issues, such as the game's framerate locks, the game ran well on all of the PC hardware that we tested it on. Hopefully, Iron Galaxy will listen to PC gamers this time around and give the Spyro Reignited Trilogy an unlocked framerate. 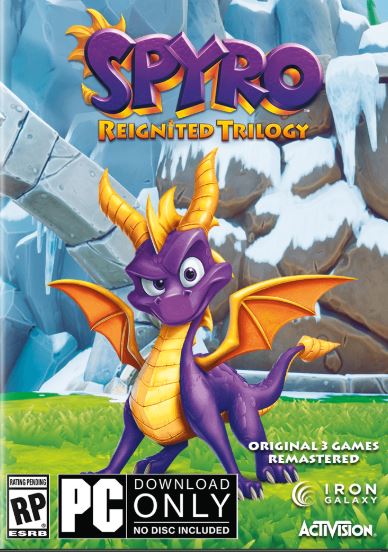 The Spyro Reignited Trilogy has already had a PC version of the title listed on the game's website, making this new data leak all the easier to believe. Perhaps we will see an official game announcement at E3, perhaps at the PC gaming show.

You can join the discussion on the Spyro Reignited Trilogy coming to PC on the OC3D Forums.