The next Forza game will be revealed at E3 2018

Forza will return to PC later this year

The next Forza game will be revealed at E3 2018

Fernanda Delgado, Microsoft's head of Xbox in Spain and Portugal has confirmed that the company's next Forza game will be showcased at E3 2018, likely appearing as the next iteration of the Forza Horizon.

In recent history, Forza games have released within months of their E3 reveals, with Forza Horizon 3 launching in September of 2016 and Forza Motorsport 7 releasing in October 2017. This release schedule makes it likely that the next Forza game will release in fall 2018, with recent rumours suggesting that the game will be called Forza Horizon 4 and will be based in Japan.

Game Reactor has suggested that the next Forza game will be coming from Playground Games, the British developers that created Forza Horizon 3. In recent months the Playground Games has revealed plans to open a second development studio, which will focus on an open world game, not a racing title. 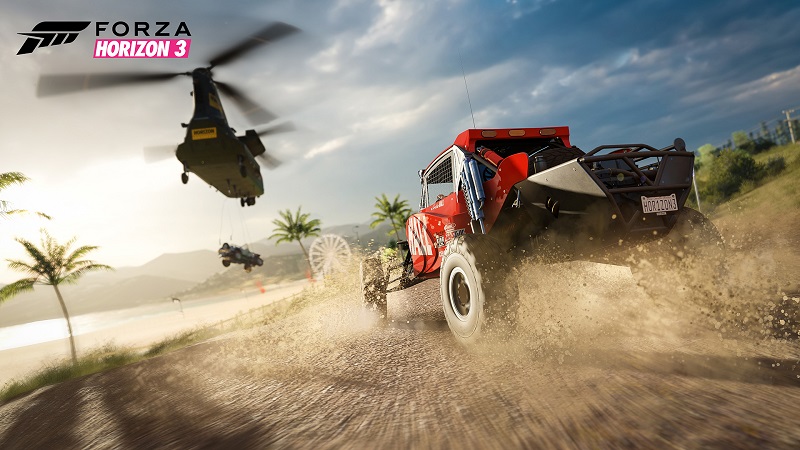 Forza Horizon 3 was the first game in the Forza series to release on PC and Xbox One, kickstarting Microsoft's Game Anywhere program. While the PC version of Forza Horizon 3 was disappointing at launch, the game was later patched to perform much better on PC hardware, alleviating CPU performance issues.

You can join the discussion on Forza Horizon 4's rumoured appearance at E3 2018 on the OC3D Forums.

NeverBackDown
Would be cool to expand the vehicles we use. Like helicopters and what not. Just food for thoughtQuote

AlienALX
haha that sounds fun ! helicopter racing, where cutting some one up could literally cut them up

Warchild
Yawn... Horizon doesn't do it for me. Was hoping for a new Forze motorsport.Quote

Darkdayzzz
Quote:
Crew 2 would be (aside from helicopters) right in that mindset :PQuote
Reply