The MSRP pricing of Nvidia's GTX 1650 has leaked

This GPU is gonna be cheap.

The MSRP pricing of Nvidia's GTX 1650 has leaked

Nvidia's GTX 1650 is rumoured to launch on April 23rd, and thanks to the efforts of Videocardz we have an MSRP for this new Turing-based graphics card. $149.99.

Please note that pricing is reserved for low-end models, which means that pricing will likely extend as high as $180 or $200 for models with higher end coolers and factory overclocks. In the UK, Nvidia's leaked MSRP pricing translated to around £139.99 including VAT.

When compared to the GTX 1050 Ti, the GTX 1650 will offer faster GDDR5 VRAM, more CUDA cores, higher base/boost clock speeds and the performance advantages that are provided by Nvidia's Turing architecture. This should result in a substantial performance boost for this sub-£150 graphics card, which is excellent news for low-end/low-power gamers. 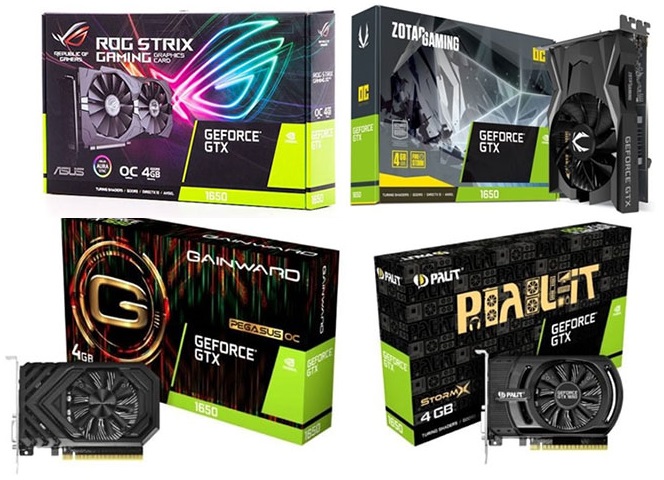 Above are GTX 1650 designs from ASUS, Zotac, Gainward and Palit.

You can join the discussion on Nvidia's GTX 1650 series of graphics cards on the OC3D Forums.

spolsh
And they're doing a ROG version of it ?Quote

NeverBackDown
This is a ROG

FTLN
I hope one of the vendors release a single slot low profile version for HTPC, this would be perfect turing card for the living room.Quote
Reply