Read to jump on this train?

Have you ever wanted to create your own railway, deliver passengers and cargo to their destination and master the operation of diesel, coal and electricity-powered locomotives? Well, thanks to Humble's latest game bundle you now can for as little as $1.

Dovetail Games' Train Simulator 2020 is the highlight of Humble's Train Simulator Bundle, offering PC gamers the base game alongside up to sixteen pieces of add-on or DLC content, granting gamers access to additional train lines, locomotives and other content.

Like most Humble Bundles, the revenues raised by this bundle will be split between Humble, the game's developers and one, or more, charities. In this case, the Humble Train Simulator bundle supports a single user-selected charity.

By default, 65% of the bundle's revenue will go to Paradox Interactive, 20% will go to Humble, and 15% goes to a user-selected charity. These percentages can be altered however the buyer wishes, allowing all of the bundle's funding to go to charity if the user desires.

Below is a list of what's available under each of the Humble Train Simulator bundle's three tiers. 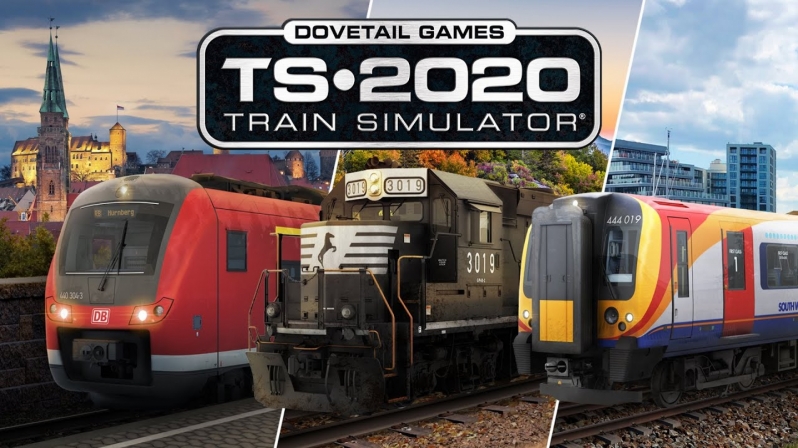 PC Gamers can buy the Humble Train Simulator Bundle on the Humble Store.

You can join the discussion on the Humble Train Simulator Bundle on the OC3D Forums.

Dicehunter
The amount of DLC this thing has is nuts, Official DLC is in the area of £10,000, That's not counting the licensed 3rd party paid DLC.Quote

Warchild
Quote:
That's crazy. Is this the model that Robert Space Industries followed?

I bet you this and farm simulator as boring as they sound can become quite addictive.Quote

Greenback
Quote:
TBF the game has been about for 13+ years with slight improvements each year, I will say though DTG aren't exactly good at fixing bugs some of those DLC's still have bugs they had back when they were released


Quote:
You'd be surprised how it feels driving an old steam train or a high speed train, also it has all the safety features that are on real railways, so you're not just sitting there watching the scenery.
farming simulator sounds boring but again it's not just plant and forget it includes preparing the ground it has a supply and demand (slightly), plus there's a mod to add seasons
A lot on both games depends on how you play them TS you can turn the safety devices off and FS you can ignore ploughing fertilizers and just plant.
OR maybe it's just my boring personality that makes me enjoy themQuote
Reply