Get cheap games and support a charity

Stardock is kicking off 2019 with a bang through with their latest Humble Bundle, offering PC gamers six popular strategy games and a range of DLC content at some exceptionally low prices.

Every game in this bundle has the potential to offer PC users many hours of enjoyment, with many of these games providing the "just five more minutes" appeal that can have gamers playing them well into the AM. If you want a new strategy game in your life, this bundle is definitely worth looking into.

Every game in this bundle will be available as a Steam code, with the majority of the games listed being exclusive to Windows operating systems, with Offworld Trading company being the only exception thanks to its Linux support. Those who pay more than average will also receive a 33% off coupon for Star Control: Origins, which was recently taken off Steam and GOG via a DMCA claim. More information about the game's removal from Steam is available here.

Like most Humble Bundles, the revenue from bundle purchases is split between the developers behind its included games, a charity and Humble themselves. By default, Stardocreceiverecieve 65% of the bundle's revenue, Save the Children (or a user selected charity) will receive 15% of the bundle's earnings, and Humble will receive 20%. These percentages can be changed by purchasers, allowing them to deliver 100% of proceeds to the game's developers, Humble or their chosen charity.

- 33% off code for Star Control: Origins 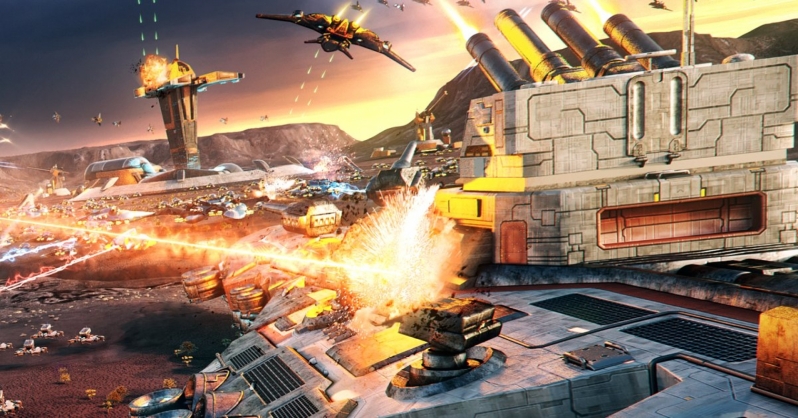 The Humble Stardock 2019 Bundle will be available for the next two weeks on the Humble Store.

You can join the discussion on the Humble Stardock 2019 Bundle on the OC3D Forums.

demonking
Awesome! thanks Mark, been wanting to get Galactic civ 3 for a while now. Cheaper to buy this bundle than to get it by itself. Happy 2019!Quote

WYP
Quote:
Happy 2019 to you aswell.Quote

Get Star Control: origins while you can. Especially if its discount through this. There is a lawsuit to DCMA it on both Steam and GoG right now.Quote
Reply