More games are coming to the bundle next Tuesday

For the next two weeks, Humble will be offering PC gamers its 21st Indie Bundle, celebrating ten years of low-cost gaming, charitable donations and support for Indie developers.

Right now, PC gamers can get access to a large number of critically acclaimed indie games for exceptionally low prices, with three games being unlockable for as little as £1 while the full bundle is available for £12.

At the time of writing, the Humble Indie Bundle 21 contains seven games. More titles will be added to the bundle next Tuesday, adding extra value into the mix. This bundle will split its proceeds between three charities, Humble and the developers of behind these bundled games. This bundle's supported charities are Save the Children, Crisis Text Line and a 3rd charity which can be chosen by the purchaser. How much goes t each of these organisations can be adjusted by purchasers at checkout.

Below are all of the games which are available with each of the Humble Indie Bundle 21's three tiers;

- Moonlighter
- 25% off Moonlighter: Between Dimensions
- Gato Roboto
- More games Unlock on May 19th 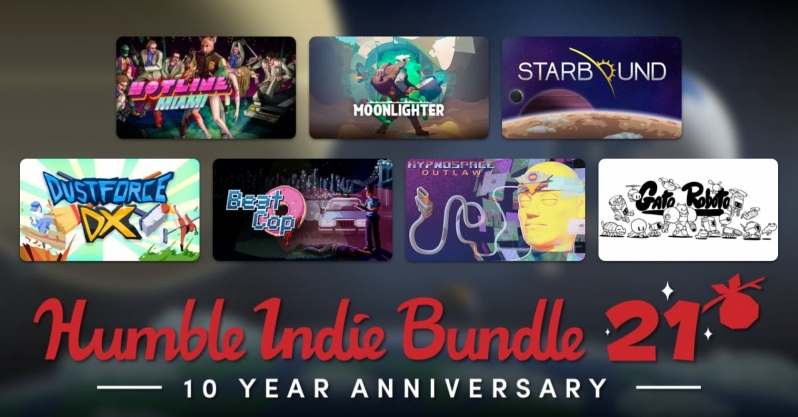 The Humble Indie Bundle 21 Bundle can be purchased here.

You can join the discussion on the Humble Indie 10 Year Anniversary Bundle on the OC3D Forums.