The European Commission has fined these companies â?¬7.8 million

The European Commission has fined Valve, the owners of the PC gaming platform Steam, and five PC game publishers a total of €7.8 million for breaching the EU's antitrust laws.

Valve, alongside Bandai Namco, Capcom, Focus Home, Koch Media and ZeniMax was funded to be restricting access to cross-border game sales based on geographical location for users within the European Economic Area (EEA), breaking the rules of the EU single market in the process.

Under EU law, game keys purchased within the EU should be activatable within the European Economic Area. Bandai Namco, Capcom, Focus Home, Koch Media and ZeniMax restricted access to their game codes within some areas of the EEA, as facilitated by Valve.

Below is a comment from the European Commission's Executive Vice-President Margrethe Vestager, who is in charge of competition policy.

More than 50% of all Europeans play video games. The videogame industry in Europe is thriving and it is now worth over € 17 billion. Today's sanctions against the “geo-blocking” practices of Valve and five PC video game publishers serve as a reminder that under EU competition law, companies are prohibited from contractually restricting cross-border sales.

Below is a deeper overview of the geo-blocking practices that Valve and their partners engaged in.

The Commission found that by bilaterally agreeing to geo-block certain PC video games from outside a specific territory, Valve and each publisher partitioned the EEA market in violation of EU antitrust rules. In particular, today's Decisions conclude that Valve and the publishers engaged in the following geo-blocking practices:

- Bilateral agreements and/or concerted practices between Valve and each of the five PC video game publisher implemented by means of geo-blocked Steam activation keys which prevented the activation of certain of these publishers' PC video games outside Czechia, Poland, Hungary, Romania, Slovakia, Estonia, Latvia and Lithuania, in response to unsolicited consumer requests (so-called “passive sales”). These lasted between one and five years and were implemented, depending on the cases, between September 2010 and October 2015.

- Geo-blocking practices in the form of licensing and distribution agreements concluded bilaterally between four out of the five PC video game publishers (i.e. Bandai, Focus Home, Koch Media and ZeniMax) and some of their respective PC video games distributors in the EEA (other than Valve), containing clauses which restricted cross-border (passive) sales of the affected PC video games within the EEA, including the above-mentioned Central and Eastern European countries. These lasted generally longer, i.e. between three and 11 years and were implemented, depending on each bilateral relationship, between March 2007 and November 2018.

The geo-blocking practices concerned around 100 PC video games of different genres, including sports, simulation and action games. They prevented consumers from activating and playing PC video games sold by the publishers' distributors either on physical media, such as DVDs, or through downloads. These business practices therefore denied European consumers the benefits of the EU's Digital Single Market to shop around between Member States to find the most suitable offer.

The Commission has concluded that the illegal practices of Valve and the five publishers partitioned the EEA market in violation of EU antitrust rules. 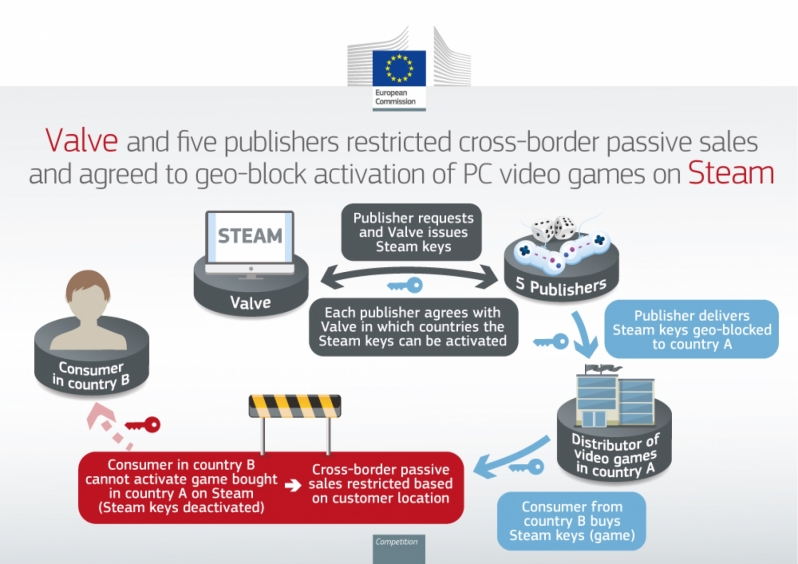 You can join the discussion on the European Commission fining Valve and PC publishers over the geo-blocking of game codes on the OC3D Forums. 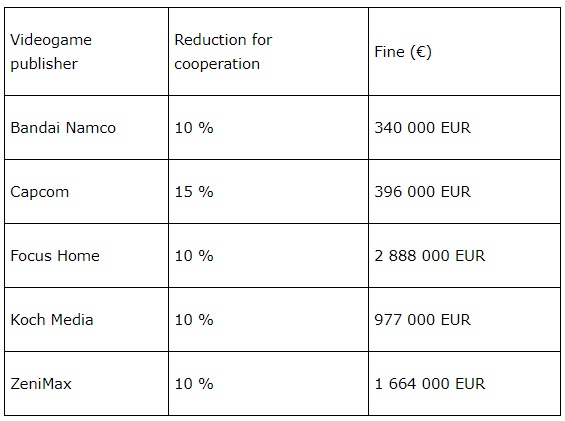 Bridges
Have a look at this and decide for yourself if it's fair that games should cost the same in all EU countries:

tgrech
Quote:
I see your point, and I'm not arguing against you, but wage data alone is not very useful without accompanying cost of living data. Eg: UK wages are ~x3-x6 higher than say Eastern European countries like for example Romania, but the cost of a house is (on average) x10-x20 higher, rent even larger, as are many bills by similar factors.Quote

Greenback
Quote:
That actually makes the argument for Geo-blocking.

tgrech
My point was just that, average expendable income per country can vary significantly from average wageQuote
Reply