Epic Games has started their first ever Summer Sale, offering PC gamers discounts that are as high as 75% off on selected titles, better still, Epic Games are offering their users £10 off every game over £13.99, including pre-orders.

So who took £10 off ever game over £13.99? Epic Games did, and better yet the offer comes courtesy of Epic and not at the expense of game developers. Epic wants to use their wealth to grow their storefront, and to do so they are willing to take a financial hit. Is this sustainable? No, but it's definitely a good thing for consumers.

But what if I bought a game last two week that's now on offer? Simple, Epic plans to refund you the price difference. These refunds will be given over the next 7-12 days to those who purchased games between May 2nd and May 15th. 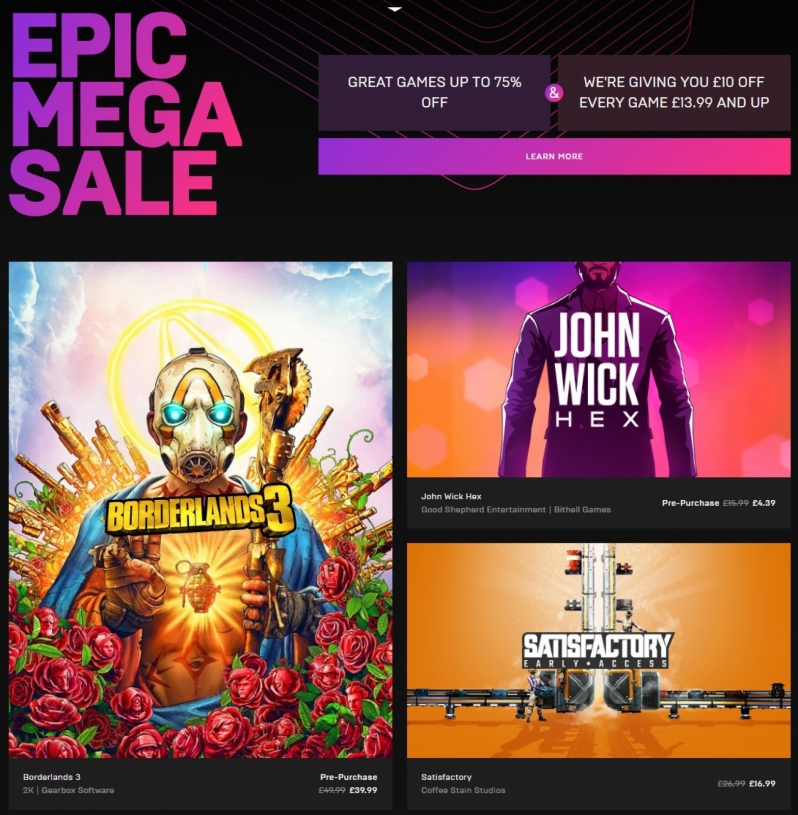 Epic Games wants to become as big as Steam, and to do so they are willing to give PC gamers unsustainable savings. With Epic only getting a 12% cut from games sales, we know that this sale will give Epic games a net loss per game sale, but at this time it looks like Epic is willing to take the financial hit in order to grow their consumer base.

You can join the discussion on the Epic Games Store's first Summer Sale on the OC3D Forums.
«Prev 1 Next»

Daiyus
Sure, I'll take John Wick Hex for under a fiver.

Thanks for letting us know about this. I know the Epic Games Store is a massive source of controversy right now, and possibly rightly so, but I won't overlook a great discount when I see one.Quote

cooperman
Still wont be buying anything from 'epic'.Quote

I havent spent a dime. But im thoroughly enjoying all the free games hosted there.Quote

looz
Gonna pass, they're outright hostile towards the penguin OS.

tgrech
Quote:
Besides developing the most popular game engine for it? Low priority != HostileQuote
Reply