The Epic Games Store Now has a Search Function

The Epic Games Store Now has a Search Function

The Epic Games Store is the new kid on the block, capitalising on the popularity of Finite and the company's Unreal Engine to quickly gain a foothold in the PC gaming retail landscape. Epic Game's major selling point is their offer of increase game revenue shares, which allows developers to make more money per game sale, which is a big deal for most publishers.

Sadly, as the latest addition to the world of PC storefronts, Epic's website and launcher are lacking in features when compared to the likes of Steam, GOG and Origin, so much so that before now the Epic Games Store lacked a search function. Yes, a few days ago the storefront had every game listed in a single page, making the storefront extremely tedious to navigate. Now, this problem has been addressed with a dedicated search bar, a feature which will become a must as more games are added to the retailer. 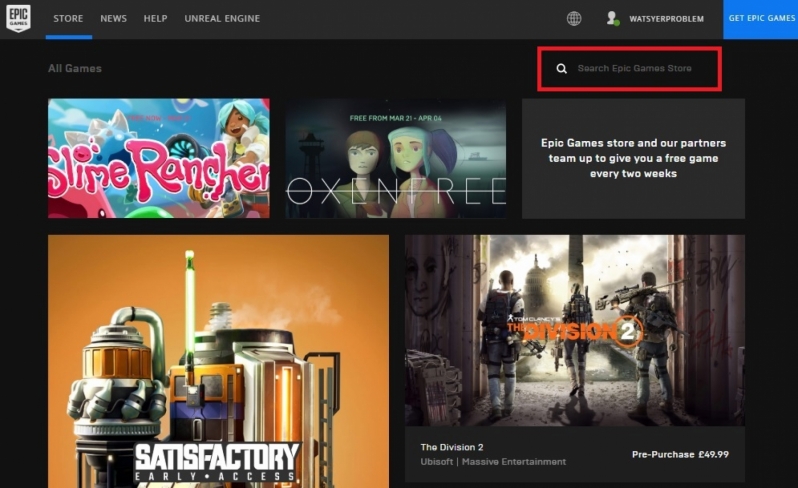 When asked why it took so long to enable a basic feature like search on the platform, Epic Games developers Sergey Galyonkin stated that "We (Epic Games) launched with three games, there was no need to enable search". While having a search feature for three games is a little unnecessary, waiting three months for the function is quite a long time for such a basic, especially when almost 40 games are listed on the store at the time of writing.

You can join the discussion on the Epic Games Store's newly added search function on the OC3D Forums.

ET3D
I think that even with "almost 40 games", a search function isn't strictly necessary.Quote

tgrech
To be fair even in January the Epic Store only actually had 10 released games & it's not going to be an openly available platform for developers until summer, my guess it they didn't even see a need to prioritise work on that feature until last month (Not like there isn't far more important stuff they're working on).

Obviously, since Epic store is run by the guy who made Steam Spy, the most popular analytical game development tool there is, one can assume he's taking most of the feedback on what's required from the developers as they require it.Quote

Daiyus
Quote:
Would be nice. To be honest though after Ubisoft burned me by losing an almost 100% completed play-through of Black Flag, I started setting up symbolic links to store my save games on my own cloud service. These days I've got Excel spreadsheets with macros that set it all up quickly in one button press when I first set up my systems.Quote

Dicehunter
Quote:
Happened to me too, I was 80% through BF, They updated something and it deleted all my progress, Haven't touched it since.Quote
Reply