The Division 2 will have an Open Beta next month

A great chance to try the game before it launches

The Division 2 will have an Open Beta next month

Tom Clancy's The Division 2 will release on March 15th, bringing the series to Washington DC on PC, Xbox One and PlayStation 4, bringing with it refined gameplay, new enemy factions and a wealth of new content to players.

Between March 1st and 4th, gamers on all platforms will be able to try out Ubisoft's The Division 2 for themselves as part of the game's Open Beta, acting as a limited time demo for the game. This will be the last time that gamers get to play The Division 2 before launch, acting as an ideal stress test for Ubisoft's servers.

The Division 2's Closed Beta featured two main missions, five side missions, seven zones within Washington DC and a portion of the title's endgame content. The game's open beta is expected to offer the same content to all players, though it is possible that Ubisoft will have a little more to showcase. Since the closed beta, Ubisoft has been busy polishing the game and squashing any of the bugs that the game's closed beta testers uncovered, a factor which will make the Open Beta a better experience than previous early access versions of the game. 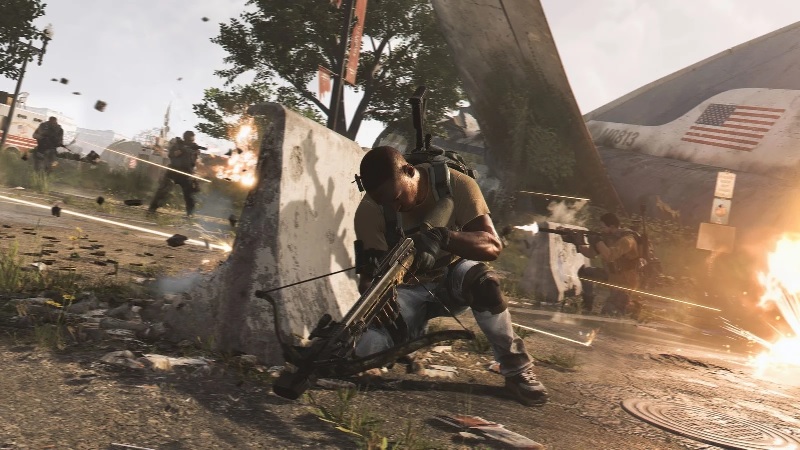 More information about The Division 2's Open Beta is available on Ubisoft's The Divison website.

You can join the discussion on The Division 2's Open Beta on the OC3D Forums.

NeverBackDown
It'll be disappointing if we don't get more content. If not there's little reason to try it if you pre ordered already and played the closed betaQuote

TheF34RChannel
Quote:
I hear that. My bet is the exact same content and if I'm not allowed to jump straight into the end game to try the crossbow dude I'm not participating in this one.Quote

NeverBackDown
Exactly, there was barely any content at all in the closed betas, so it'll be dissapointing for sure. A free open beta means many more people will try it, so giving them more content makes it more likely to increase sales. It's supposed to be for them to test back end issues but realistically we all know it's for marketing and promote sales.Quote

TheF34RChannel
Quote:
True. What has me worried are the same present issues as in one thy never got fixed. If they're here now they're likely to stay. Another worry is that the endgame enemy scaling is best solo or with a duo; anything above makes bullet sponges again.Quote

Warchild
Quote:
Could be stress testing.

Although.. I hope they fix the 2 hour crash bug which they confirmed is happening. I thought it was my SLI but appears that it happens for most users.Quote
Reply