To celebrate the release of The Crew 2's Blazing Shots update, Ubisoft has announced that The Crew 2 will receive a free weekend on all platforms, which will start on December 5th and end on December 9th.

This free weekend will be available on PlayStation 4, Xbox One and PC, with the free weekend coming to Steam, UPlay and the Epic Games Store. During the weekend, The Crew 2 will also be available with a 75% discount, with free weekend players keeping all game progression when the move to the full game.

On PS4, this free weekend won't require a PlayStation Plus subscription, though Non-PlayStation Plus subscribers won't be able to access the game's multiplayer features. All Xbox One players will require access to Xbox Live Gold to participate in this free weekend, while PC gamers will require accounts to Steam, UPlay or the Epic Games Store, depending on their chosen storefront.

Pre-loads for this free weekend will be available starting today, with the free weekend including The Crew 2's full game map, vehicles and events. Those who played The Crew 2 during the game's last free weekend can retain their progress within the game.

The image below showcased the start and end times of The Crew 2's free weekend. 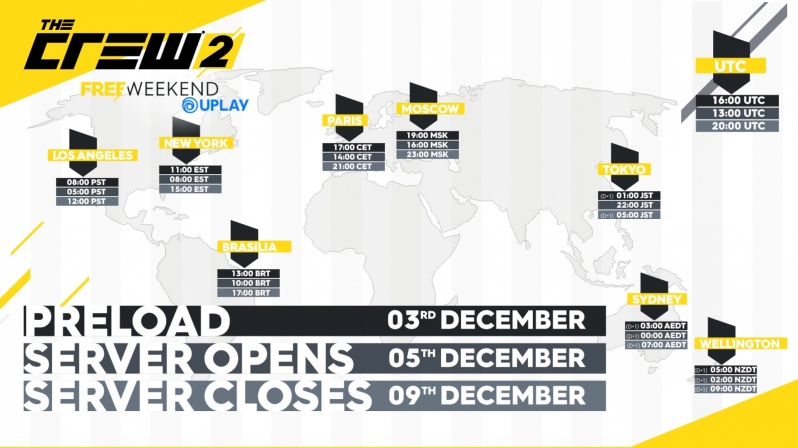 You can join the discussion on The Crew 2's free weekend on the OC3D Forums.