Tequila Works has now removed Denuvo's Anti-Tamper Technology from RiME, shortly after the game was cracked by pirates a mere five days after launch.
Now that the game has been cracked, Denuvo's anti-tamper technology has lost its purpose, not longer being able to protect the game from piracy while still attracting hatred from anti-DRM advocates and those who blame DRM for game performance issues.
Below is Tequila Works statement regarding update 1.01, which removes Denuvo from the latest version the game.

We wanted to give you an update regarding the use of Denuvo anti-tamper software in RiME. Today, we got word that there was a crack which would bypass Denuvo. Upon receiving this news, we worked to test this and verify that it was, in fact, the case.

We have now confirmed that it is. As such, we at Team Grey Box are following through on our promise from earlier this week that we will be replacing the current build of RiME with one that does not contain Denuvo. Please make sure your PC version of RiME has been updated, if it has not done so automatically.

Tequila Works and RiME's publisher, Grey Box, have also committed themselves to fixing other issues with the game, fixing instances of hardware related crashes and the game's "VR initialization bug". The game's first official update will be released sometime next week.

Team Grey Box is also committed both to supporting the games we publish and to our player base, so this is definitely not the final update you will see with RiME. We are currently working on our first traditional patch, which we are aiming to release next week.

This patch will provide a fix for the VR initialization bug, and will also provide a fix to some specific instances of hardware-related crashes, among other updates which will be detailed at the time. We sincerely thank players who have reported issues, and a special thanks to those who have worked with us to provide additional details, DxDiag files, and the like. We want to continue giving you the best product we possibly can. 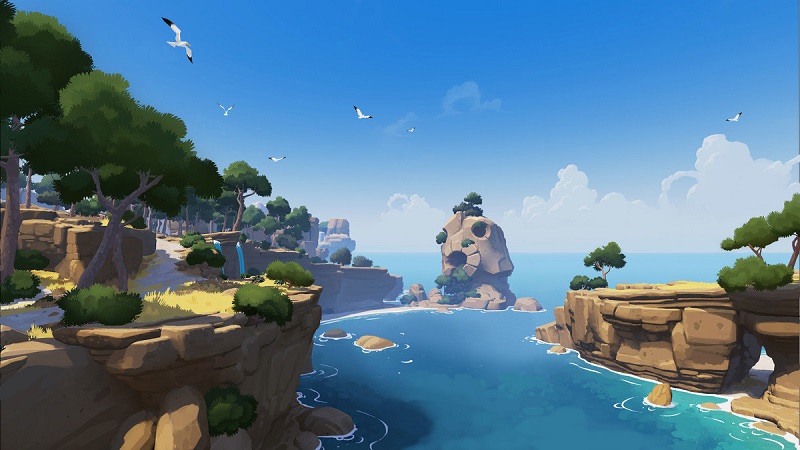 Denuvo and any other form of DRM will always be controversial, potentially restricting legitimate owners and players of the game while also protecting the game from piracy. It has often been reported that Denuvo causes performance issues in games, though it must be remembered that these rumours are often propagated by those who already oppose DRM.

Recently the rumour mill has been reporting that RiME has suffered from reduced performance because of Denuvo, rumours that were propagated by the very hacker who cracked the game in order to justify their actions. Take from that what you will. We only need to look back at Batman: Arkham Knight to see how much Denuvo can be blamed for unrelated game performance issues.

PC gamers will no doubt be happy that Denuvo has been removed from RiME, especially those that choose to boycott the technology. Let's hope that the game's future patches will fix the game's hardware issues, which are still present despite the removal of Denuvo.

You can join the discussion on Tequila Works removing Denuvo from RiME on the OC3D Forums.

AlienALX
It's been removed from Prey too. CPY is it? seems like it's getting quicker every game now.Quote

WYP
Quote:
Yeah, Denuvo needs to go back to the drawing board and create something new. Their current tech just doesn't work anymore, apart from keeping away day-1/hour-1 hacks.Quote

AlienALX
Quote:
It was a couple of weeks for Prey. If it had been a 90%+ game then it would have helped some but from the vibe going around people were going to wait until it was cheaper.Quote

SuB
Quote:
Why would you need one? it's already been proved it has negligible effect on performance...Quote
Reply