Team Group has now unveiled their new T-Force Cardea NVMe M.2 SSD, which comes with capacities of up to 480GB and a huge heatsink/cooling solution.
This new SSD will use x4 PCIe connectivity and will support read speeds of 2600MB/s and write speeds f 1450MB/s, with up to 180K/140K IOPs in random read/write. Team Group will be combining this new SSD with a unique cooler design that is designed to keep this SSD cool under load and offer load temperatures that are up to 20 degrees cooler under load.

The T-Force Cardea will use Team Group's patented cooling technology to offer some of the coolest running M.2 SSDs on the market, allowing 15% cooler operating temperatures with a passive cooling setup.

Sadly this SSD does come with a blue PCB, which will ruin this SSD's otherwise completely black and red aesthetic for some.

The T-Force CARDIA will support ECC error correction and TRIM, allowing this SSD to offer increased reliability and an extended service life when compared to older SSD models. 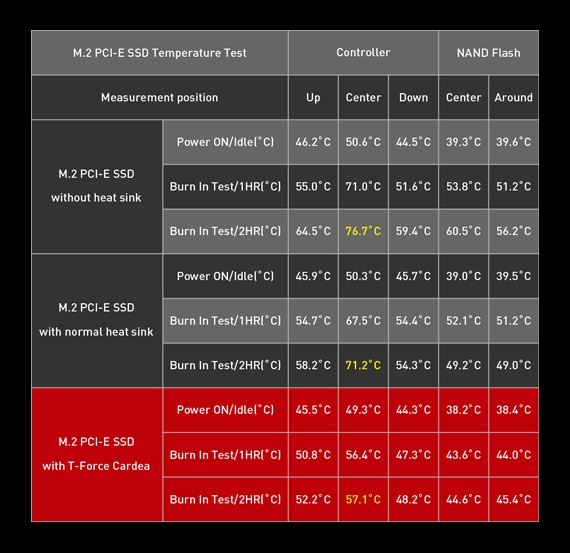 Right now, Team Group has not released this SSD's pricing and final release date, though this SSD's full specification can be viewed below and on Team Group's website. 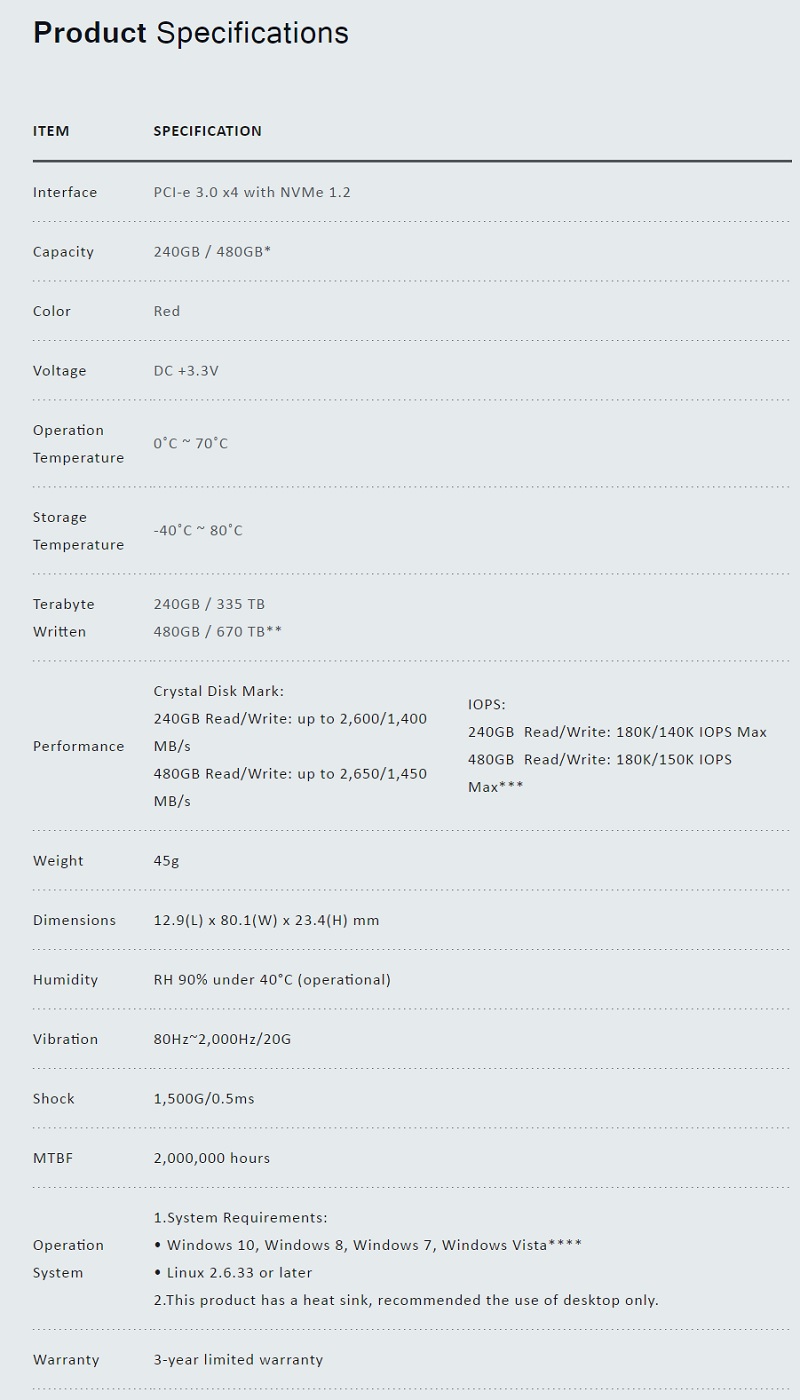 You can join the discussion on Team Group's new T-Force CARDIA NVMe M.2 SSD on the OC3D Forums.

NeverBackDown
Pretty cool and all.. but limited use.

Most M.2 SSD locations on boards is underneath a GPU. Don't think this would fit...Quote

Ando
Looks good and is fast... it will cost a bit with that heatsink thoughQuote

g0ggles1994
Quote:
That's what I was thinking, you'd need a motherboard that has an m.2 slot between the GPU and CPU. The heatsink is a neat idea though especially since other m.2 SSDs can heat up quite a lot. I wish they would make other heatsink colours available, not everyone wants black and red anymoreQuote

NeverBackDown
Quote:
Only board I know of it would work is the new Crosshair 6 for Ryzen. They have it at the bottom right next to a PCI x1 slot. Or might have been a 2.0 x16 slot. Can't remember.Quote
Reply