Microsoft's DirectX 12 API was released with much fanfare and little market impact, with support coming to a minority of titles, the majority of which also supported DirectX 11 and, for the most part, only received performance benefits on AMD/Radeon hardware. The Khronos Group's Vulkan API was also released with a lot of hype and minimal market impact, though now things are starting to change.

Rebellion has release Strange Brigade, one of the first games to support both DirectX 12 and Vulkan, eschewing support for the ageing DirectX 11 API while maintaining support for both Windows 10 and older Windows OS' such as Windows 7 and Windows 8/8.1.

Strange Brigade is not the first game to support both DirectX 12 and Vulkan, with Ashes of the Singularity acting as a prime example, though it is the first to support both APIs at launch, without the ability to use DirectX 11 or OpenGfallbackll back option.

Why support Vulkan and DirectX 12? Well, Rebellion is no stranger to modern graphical APIs, becoming one of the first adopters of AMD's Mantle API (a precursor to Vulkan) with Sniper Elite 3 and DirectX 12 in Sniper Elite 4. With Strange Brigade, Rebellion wanted to support modern graphical APIs while also supporting legacy operating systems like Windows 7, making a Vulkan the only viable option. Instead of abandoning their progress with DirectX 12 from Sniper Elite 4, Rebellion decided to support both APIs, giving gamers the ability to compare Strange Brigade's DirectX 12 and Vulkan versions directly. 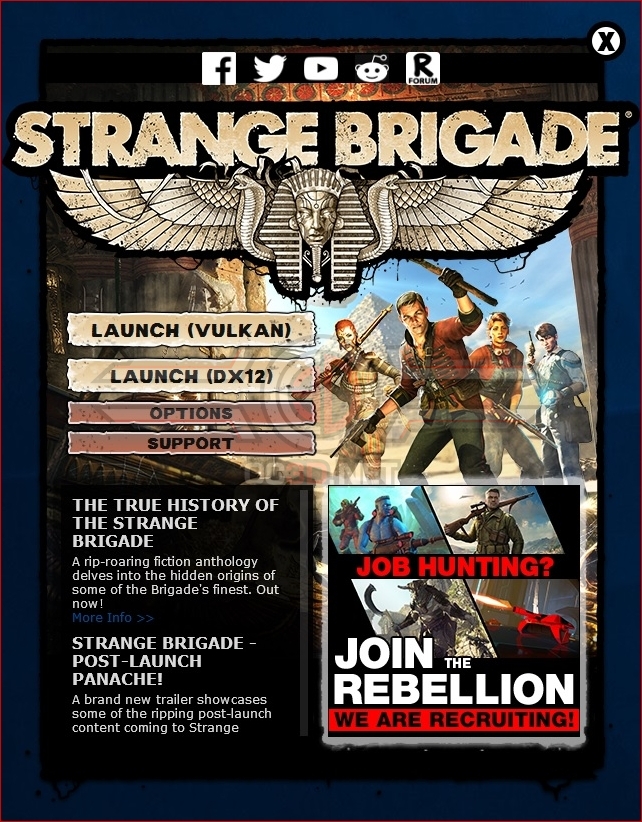 In-game, the only differences that we have noticed between both versions so far is that the game's Vulkan version lacks support for HDR, but aside from that, both versions are seemingly identical.

Expect a full performance review for Strange Brigade in the coming days, which will include dedicated ASYNC Compute testing and comparisons between the DirectX 12 and Vulkan APIs.

You can join the discussion on Strange Brigade's support for Vulkan and DirectX 12 on the OC3D Forums.