This new record comes after the release of NIOH 2 Complete Edition on Steam, and with "Ghost Valley Yawara", a recently launched Chinese game, surpassing 175,000 concurrent players on the platform. Recent releases to the platform like Apex Legends is also contributing to Valve's recent success, with the game having over 180,000 concurrent players at peak times. Even with these more recent successes, old favourites like Counter-Strike: Global Offensive, Dota 2, PlayerUnknown's Battlegrounds and GTA V are all maintaining high player counts.

With the onset of new coronavirus lockdowns in many regions, a lot of people are turning to games to hang out with friends and communicate with those that they cannot visit. This has brought more people to platforms like Steam.

As of right now, Counter-Strike: Global Offensive is Steam's most popular game, with a peak concurrent player count of 1,119,604 gamers over the past 24 hours. That's right, over 1 million gamers are playing CS:GO every day. 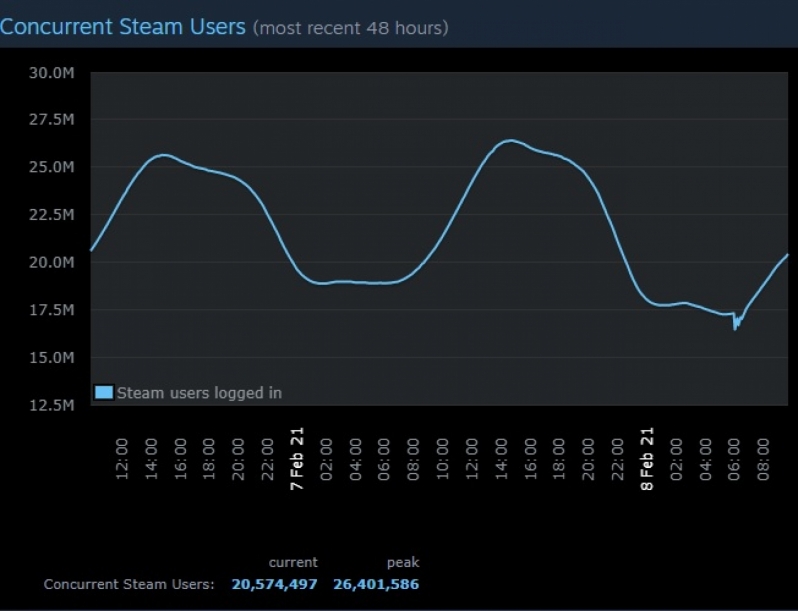 You can join the discussion on Steam hitting user counts of over 26 million on the OC3D Forums.