Steam Link becomes available on iOS after one year of rejection

Steam Link becomes available on iOS after one year of rejection

Valve's Steam Link app has been available for Android for almost a year, giving users of the OS the ability to stream PC games onto their systems using Steam's In-Home streaming feature, turning their gaming PC into personal could gaming hub.

Steam Link's mobile iteration was initially planned for release on both Android and iOS, but Apple revoked Valve's approval citing business conflicts. Now, these conflicts seem to have subsided, with Apple allowing Steam Link to be freely accessed on the Apple Store. iOS users can now benefit from the same game streaming features as Android devices.

Unlike the application's Android version, the iOS version of Steam Link cannot be used to purchase games. This feature was omitted to comply with Apple's guidelines, which would force Valve to give Apple a cut of their profits. Steam Link users on iOS will need to use their PCs to purchase games, making the iOS app less user-friendly than its Android counterpart. 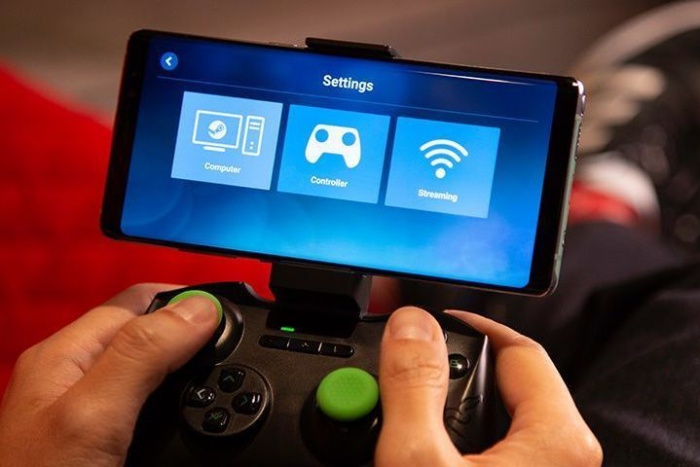 Steam Link's iOS version is available to download here. So far the application has received positive reviews from users.

You can join the discussion on Valve's Steam Link app becoming available on iOS on the OC3D Forums.

AlienALX
Lmao it's bolted to a Razer Serval which doesn't work in Windows.

I know, I have one. Still hoping that one day I'll find a use for it beyond Android.Quote

tgrech
I swear I've seen someone use Serval with their PC, but wired idk about wireless, it was showing up in Synapse and stuff, don't think it supported Xinput though.Quote

Warchild
Quote:
I believe it was hackable to use, but not efficiently.Quote
Reply