Steam is dropping official support for future versions of Ubuntu

The future of 32-bit on Ubuntu is uncertain

Steam is dropping official support for future versions of Ubuntu

If you are a Linux gamer who uses Ubuntu, we've got bad news for you. Valve plans to drop official support for Ubuntu from Steam, a move which comes thanks to Canonical's plans to drop support for 32-bit x86 packages.

Dropping support for 32-bit packages has the potential to drastically inhibit Ubuntu's support for legacy applications, displeasing a lot of developers. This move will result in a lot of existing software breaking as Ubuntu is developed further.

Valve's Pierre-Loup Graffix has stated that "Ubuntu 19.10 and future releases will not be officially supported by Steam or recommended to our users." Moving forward, Valve plans to focus their Linux efforts on a "different distribution" and work on ways to "minimise breaking" for existing users of Ubuntu.

As version 19.10 of Ubuntu is developed, Canonical will be "working to polish the 32-bit support story", also stating that there "there are a number of ways that 32-bit applications can continue to be made available to users of later Ubuntu releases". Regardless, Ubuntu's moves away from 32-bit support remains a touchy subject for Linux gamers.

Here, the real reason for plans to drop i386/32-bit support from Ubuntu becomes clear, "The real issue is the costs of maintainership." Canonical believes that they should continue to bear the costs of maintaining this support "on the grounds that some other companies are unwilling to update their software to an ISA from this millennium." 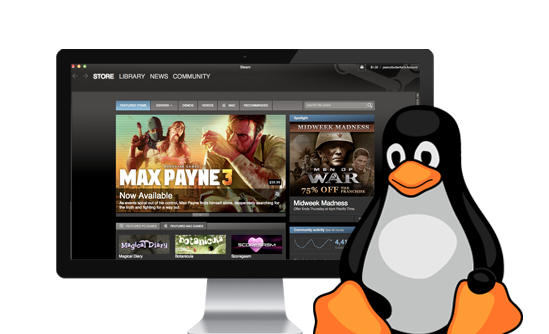 The story surrounding 32-bit support on future versions of Ubuntu will become clearer as more progress is made on the OS' development. Regardless, Ubuntu's popularity amongst Linux gamers is likely to drop moving forward.

You can join the discussion on Steam's plans to drop official support for future versions of Ubuntu on the OC3D Forums.