There are thousands of deals to look at.

Today marks the start of golden week, and to celebrate Steam has started their first Golden Week Sale, which is designed to highlight the game's Japan-made games by offering a PC gamers some steep discounts.

The sale started today and ends on May 6th at 6 PM BST, with some of the sale's most notable discounts including the PC version o Beyonetta, which now costs £3.74, Vanquish, which also costs £3.74, Dragon Ball Fighter Z which features a 75% discount and NIOH which currently is available for half its normal price.

This sale contains too many games to mention, but it delivers PC users a great opportunity to catch up on some famous Japanese series' such as Resident Evil, Dark Souls, Final Fantasy and Sonic, each of which has several titles that are heavily discounted.

Golden Week sales have also started on non-PC platforms such as Sony's PlayStation Network, where a large number of PS4, PS3, PS Vita and PSP games are discounted worldwide. 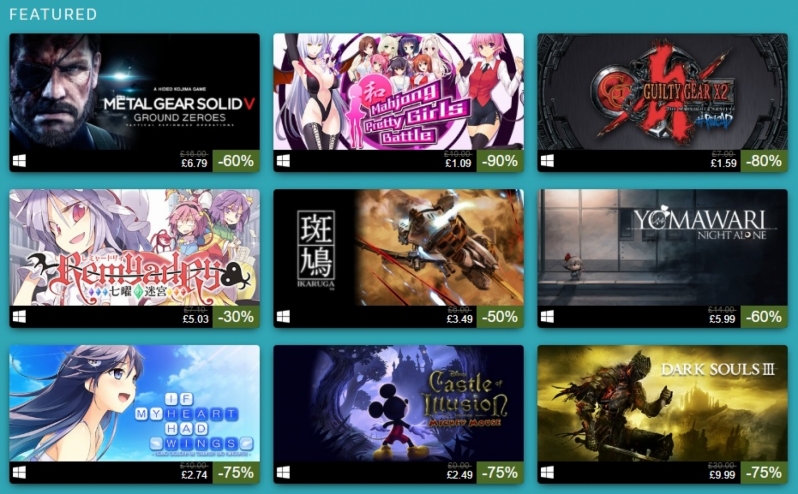 Have a look at what's on offer during the Steam Golden Week Sale here.

You can join the discussion on Steam's Golden Week Sale on the OC3D Forums.


Pretty cool that they're doing this! Definitely have to take a look at Resident Evil 2's pricing.Quote
Reply