On December 6th, 1917 Finland became an independent state, leaving the Russian Empire in 1917 during the aftermath of the Russian Revolution, before the Soviet Union officially formed. To mark this centenary, Steam will be hosting a game sale for titles that were developed in Finland, offering discounts of 50% or more.

Those who are Interested should know that Quantum Break is currently available for £14.99 during this sale, though bargain hunters will also find the game in December's Humble Monthly Bundle for $12, while also offering copies of Dawn of War III and The Long Dark alongside an unannounced list of curated PC titles. 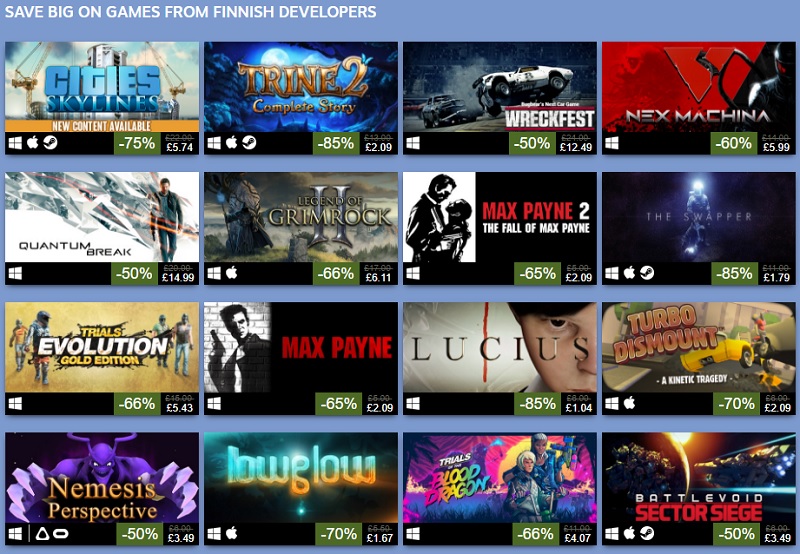 Have a look at Steam's Finland Sale here.

You can join the discussion on Steam's Finnish Centenary Sale on the OC3D Forums.