A tower defence game within the Ashes of the Singularity Universe.

Stardock has revealed Siege of Centauri, a new game that's based in the Ashes of the Singularity Universe and uses the same game engine. That's right, Seige of Centauri will utilise the Nitrous Engine, which supports all of the latest graphical APIs, including DirectX 12 and Vulkan, as well as hundreds on on-screen units and light sources, which is perfect for the type of game that Siege of Centauri will become.

The plot is simple, Earth has lost contact with its first colony, Proxima Centauri, and Earth has sent a ship known as the Carpathia to investigate the issue. Upon arrival, players find a colony under siege, giving players the task of defending the colony from hostile invaders.

Siege of Centauri is a tower-defence game, offering players classic features of the genre as well as unique features which the high-end Nitrous game engine can deliver, many of which were first seen in Ashes of the Singularity. The game will enter early access in the near future and cost $10, though lifetime founders of Ashes of the Singularity will receive the game for free when it becomes available.

We first got the idea for Siege during the development of Ashes of the Singularity," said Derek Paxton, General Manager of Stardock Entertainment. "With the engine's ability to handle tens of thousands of units, could we design the ultimate tower defense game?

With our engine, there were so many new gameplay elements we could add," said Paxton. "For instance, our engine supports hundreds of simultaneous light sources allowing us to design interesting choices for players when it comes to map vision. Similarly, by supporting so many units, we can make defense choices in different situations much more compelling as there is a big difference between choosing a weapon that eliminates one unit at a time versus one that is designed to take out hundreds at a time. 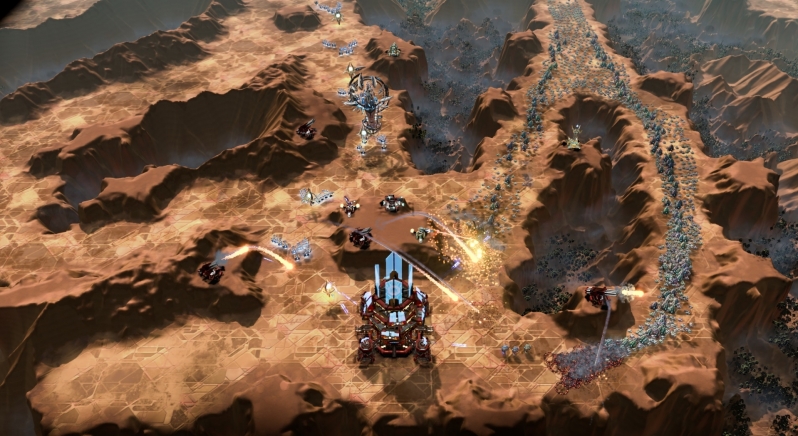 You can join the discussion on Stardock's Siege of Centauri on the OC3D Forums.