Stardock extents their technology and gaming partnership with AMD

Stardock extents their technology and gaming partnership with AMD

Stardock Entertainment and AMD have confirmed that they have extended their technology and gaming partnership, revealing that Stardock will optimise Star Control: Origins for AMD Ryzen/Radeon products alongside plans to support AMD's FreeSync 2 technology.

In addition to this, Stardock has confirmed their plans to update Star Control to support the Vulkan API after launch, promising closer to the metal optimisation potential, which may increase the game's performance on Radeon-powered PCs.

This announcement builds upon the relationship that AMD forged with Stardock when creating Ashes of the Singularity, the poster child of modern graphics APIs, acting as one of the industry's first DirectX 12 benchmarks.

In Star Control: Origins, players explore the galaxy inside one of humanity's first interstellar ships, forging alliances before facing a threat which promises to exterminate humanity as it reaches towards the stars. Players will interact with alien races, explore the universe, design and build ships, uncover relics and precursor artefacts and battle against hostile races. 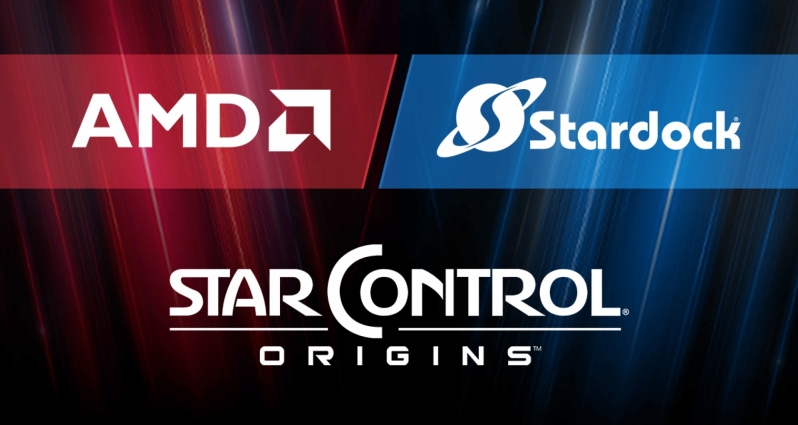 Star Control: Origins will release on Windows/PC on September 20th.

You can join the discussion on Stardock extending their gaming and technology partnership with AMD on the OC3D Forums.

TheF34RChannel
Why would you, as a developer, want to sign with the lesser of two companies and one that's so far behind and has nothing high end to offer that it may as well be in a different universe?!

And wait, AC: Odyssey is an AMD title? UghQuote

WYP
Quote:
Well, the next Xbox and PlayStation are likely to be powered by AMD Ryzen and Radeon technology. Learning how to optimise for this hardware will no doubt prove useful in the future. That is my theory behind Ubisoft's partnership with AMD.

Also, AC Origins was a terrible CPU hog, hopefully AMD can help them sort that out for Odessey's PC version.Quote

As to AC: such a shame we'll be missing out on some of the nicer visual features because of this partnership. Ubi is in bed with AMD often these days.Quote

WYP
Quote:
I wouldn't say that it will prevent the game from looking pretty. After all, Far Cry 5 was an AMD optimised game and it looks great.

The Assassin's Creed series is also well known for featuring insane graphics settings that are pretty much not designed for current-generation hardware. Playing Unity at its highest settings comes to mind, this practice will no doubt continue.Quote

TheF34RChannel
Quote:
Oh absolutely, yet I cannot help but feel it can look better with green team stuff. I do notice the ubi trend as they shift more titles to AMD and I wonder why - it cannot be for consoles only.Quote
Reply