May the 4th be with you

Over the weekend, Disney has started Star Wars "May the 4th" sales on most PC gaming storefronts, including Origin, GOG and Steam, offering large discounts on both new and classic Star Wars titles. To accompany this, Disney has also re-implemented multiplayer support within 2004's Star Wars Battlefront, allowing players to battle online once more.

Back in 2014, Star Wars Battlefront lost its multiplayer support due to the closure of Gamespy. At this stage, Star Wars Battlefront was already 10 years old, and the game's developer, Pandemic Studios, no longer existed. Thankfully, Disney has invested in updating many of Star Wars' gaming classics in recent years, re-implementing features, adding cloud saves and making new additions like modern gamepad support.

Alongside this multiplayer update, support for four new languages have been added to the game, including French, Italian, German and Spanish. Several gameplay issues have also been addressed with this update.

STAR WARS Battlefront is an action/shooter game that gives fans and gamers the opportunity to re-live and participate in all of the classic Star Wars battles like never before. Players can select one of a number of different soldier types, jump into any vehicle, man any turret on the battlefront and conquer the galaxy planet-by-planet online with their friends or offline in a variety of single player modes. Single player modes include "Instant Action", "Galactic Conquest" and the story-based "Historical Campaigns" mode that lets gamers experience all of the epic Star Wars battles from Episodes I-VI, fighting from the perspective of each of the four factions within the game. 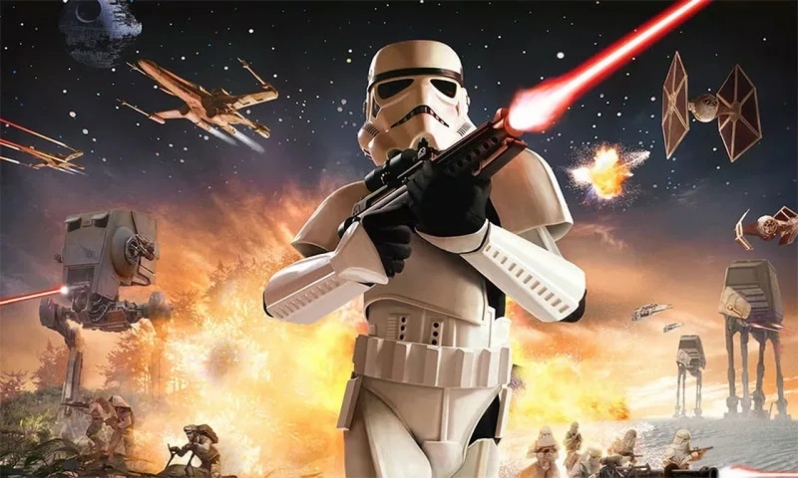 You can join the discussion on Star Wars: Battlefront Classic regaining multiplayer support on the OC3D Forums.

Kleptobot
Holy moly, I normally dislike Disney... But they're making it hard for me with thisQuote

ImprovizoR
Quote:
I don't think Disney has anything to do with this.


Also, it's definitely not as good as I remember. I didn't expect it to be, but I didn't expect to be absolutely bored with it either. But, alas, I was only a high school kid back then.


We need a proper sequel though. Even though it can't really compare to modern multiplayer shooters, it still manages to be better than new Battlefront games.Quote

NeverBackDown
Disney has everything to do with it. They own the property. Everything would be done under their approval.


Wish they added in battlefront 2 multiplayer. Never did play that.Quote

WYP
Quote:
I'm pretty sure that was restored a few years back.Quote
Reply