What do you think Square Enix will show off at the event?

Next month marks the start of E3 2018, where Square Enix plans to host their first ever "Square Enix E3 Showcase" a livestreamed event where the publisher will reveal new games, release information about upcoming titles and otherwise showcase what it to come from the company.

At previous E3's, Square Enix typically revealed their upcoming games at other press events, usually with Microsoft, Sony or Nintendo, but this time the publisher is set to showcase their work independently which could mean that the publisher has a lot more to reveal than previous years.

The event will take place on June 11th at 10 AM PDT/1PM EDT/6pm BST, with the E3 showcase being streamed on YouTube, Twitch and Mixer, allowing gamers from across the world to view the event live. 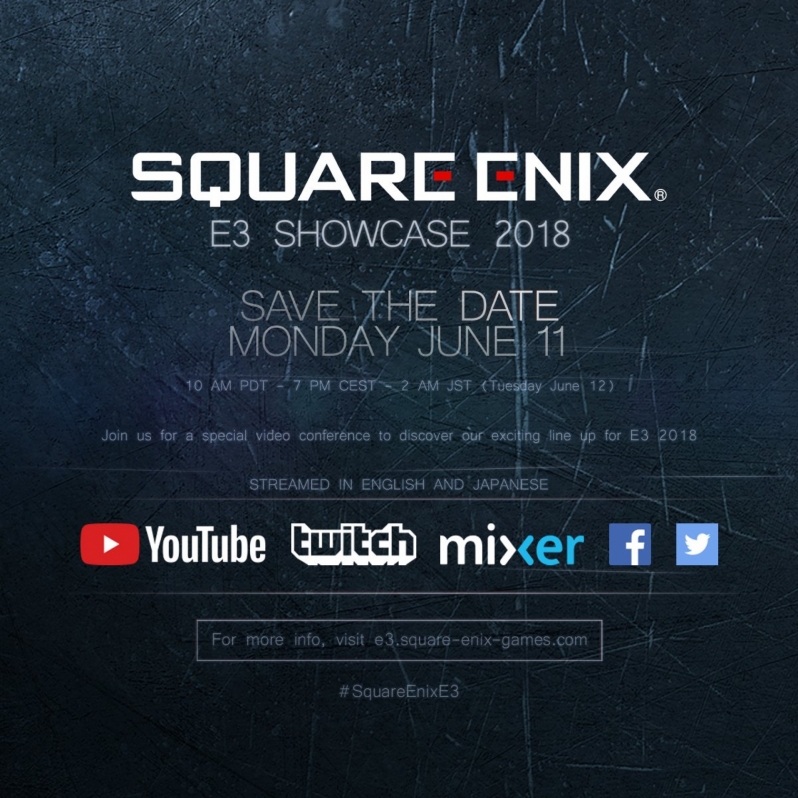 At this time Square Enix has not revealed what they plan to showcase at E3, though it is likely that Shadow of the Tomb Raider will make an appearance alongside some of the publisher's signature RPG releases.

You can join the discussion on Square Enix's plans to host their first E3 conference on the OC3D Forums.