Why play the demo when the full game is available?

Civilization VI will receive its second expansion on February 14th, shaking the foundation the game by adding new mechanics, civilizations and end-game technologies to the base game.

Prospective newcomers to the game will be glad to know that the base experience is currently available for 70% off on Steam, with the full game being available to play for free for the next two days, giving PC gamers a great opportunity to try the game before they commit to purchasing it or the game's latest expansion.

While a demo version of the game is already available, it is locked in terms of content, restricting which civilizations can be played and how long a game can last, causing demo games to end just as things begin to heat up. This free period will allow PC players to experience a full game of Civilization VI, leaving them well informed about any purchasing decisions. 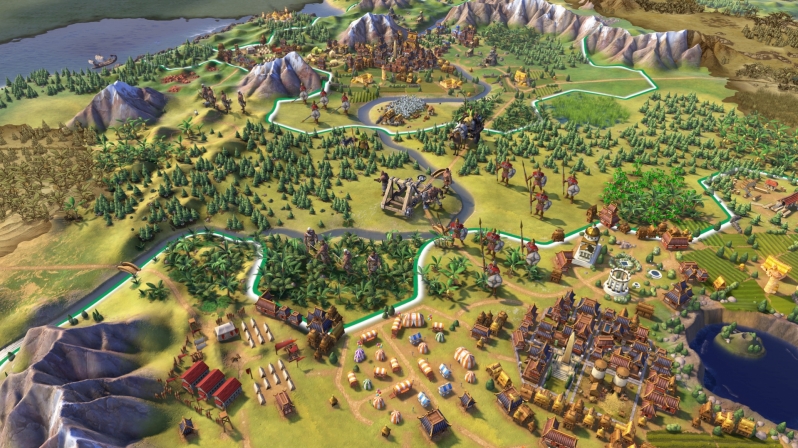 Those who are interested in Civilization VI's PC performance can read our performance review for the game here. Please note that this performance overview is for the base game and that the game may run better, or worse, today thanks to both game and GPU driver updates.

PC Gamers can play Civilization VI for free for the next two days on Steam.

You can join the discussion on Sid Meier's Civilization VI being available to play for free on Steam on the OC3D Forums.

TheF34RChannel
How is this iteration nowadays? I loved 5 to bits but couldn't get around this one for too long.Quote

Dark NighT
Still same unless you get the dlc which changed a few things, but i couldn't get into it either, this whole district system is just not working for me.Quote

Bartacus
Same here. I still play 5 sometimes, but couldn't get into 6.Quote

NeverBackDown
That's how every Civ is at launch. But with this title in general the DLC is very expensive for not much content(features/cost ratio). That's the only thing holding it back for meQuote
Reply