This game wouldn't run on PS4 or Xbox One

Croteam's Serious Sam 4 is due to release on PC and Stadia on September 24th. In advance of this release, Croteam has released PC system requirements for the title, revealing why the game was never due to release on current-generation console platforms.

When you move to Serious Sam 4's recommended system requirements, we can see that the game recommends 8-core processors, 16GB of system memory and graphics cards with 8GB of VRAM. On PC, Serious Sam players will be able to play the game using both the DirectX 12 and Vulkan graphical APIs.

With such high system requirements for 720p 30 FPS, it is clear to see why Serious Sam 4 has been developed with PC and Stadia in mind. Both the PS4 and Xbox One could require lower resolution targets had Serious Sam 4 been ported to those systems. Alternatively, Croteam would have been forced to set a lower bar for Serous Sam 4's technical ambitions. Perhaps Serious Sam 4 will eventually reach consoles though the technological capabilities of PS5 and Xbox Series X/S. 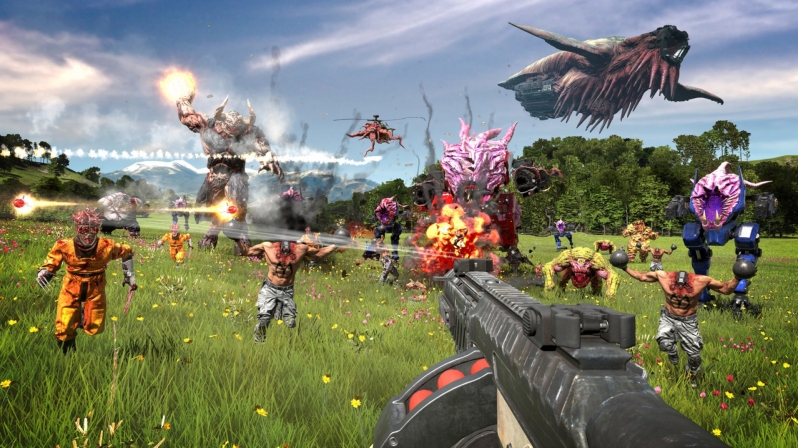 You can join the discussion on Serious Sam 4's PC system requirements on the OC3D Forums.

Avet
Finally the devs are ditching old consoles. This should have happened years ago.Quote

Bagpuss
From what I've seen, the only reason for such high system requirements is down to the sheer number of enemies on screen at once, rather than any particularity impressive next generation graphics.


There is most definitely a 'quantity over quality' aspect to this game.

So many enemies on screen will likely mean very big draw calls on the CPU side, hence the 8 core CPU requirement.Quote
Reply