This facility will deliver products to customers in Q1.

Samsung is one of the few remaining players in the leading-edge foundry arena, and while TSMC is the undisputed leader of this market, Samsung aims to dethrone them in the coming in the future with their planned GAAFET technology and a lot of financial investment.

Today, Samsung has announced that its new V1 facility has started mass production using the company's 7nm and 6nm silicon nodes, with plans to move to 3nm in the future in the future. This line is dedicated to EUV lithography technology, which will become an increasingly important factor as we move beyond 7nm.

Bringing this EUV manufacturing facility online is a huge event in the world of silicon fabrication, as it gives TSMC some much-needed competition and increases the world's capacity for leading-edge silicon production. Several reports in 2019 have already listed Nvidia as one of Samsung's major 7nm customers, making it possible that Nvidia's next-generation graphics cards are being manufactured using Samsung's 7nm manufacturing technology.

By the end of this year, Samsung will have invested $6 billion on its V1 line. This investment will triple the company's 7nm (and below) manufacturing capacity from what it was at the end of 2019.

Nvidia is expected to reveal a next-generation graphics card at GTC 2020, which will take place next month between March 22nd and March 26th. Our guess is that Nvidia will reveal a new Tesla series graphics card to replace the company's ageing Volta-based products. However, Nvidia could discuss their future gaming products at this event. Nvidia's next-generation 7nm graphics architecture is rumoured to be called Ampere. 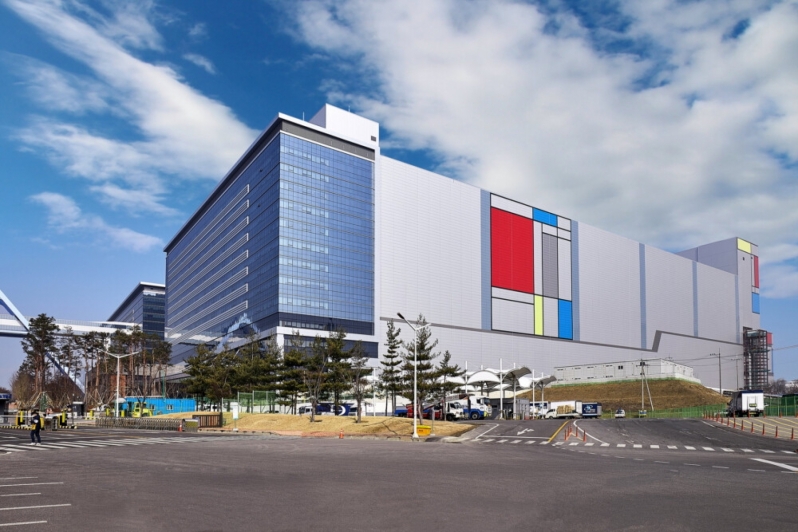 You can join the discussion on Nvidia mass producing 7nm and 6nm silicon at its new V1 facility on the OC3D Forums.

Giggyolly
My prediction is NV will tap TSMC for their Volta replacement in Q2.
And Samsung for their Quadro and consumer line-up, with initial model launches at the end of Q3..Quote
Reply