Red Dead Redemption 2 was easily the most popular console release of 2018, making the game's lack of a PC version a huge negative for the platform. Even so, a PC release of the game was always expected after the game's initial outing on consoles, much like what happened with both Grand Theft Auto IV, L.A. Noire and Grand Theft Auto V.

Some rumours have started circulating about Red Dead Redemption's PC version, though before we go into any more details, we will note that the source is from 4chan. With this in mind, take this rumour with a mountain of salt, though we will note that a lot of what is mentioned makes sense given the current PC gaming landscape.

The 4chan leaker states that Red Dead Redemption 2's PC version will be revealed on April 22nd as an Epic Games Store exclusive, with the full game having a planned release date of July 19th 2019. The post also mentions that this is not a timed exclusive, but a permanent one, with Epic Games and Take-Two, the owner or Rockstar Games, creating a deal which will give the company full profit on any DLC that's released for the game's PC version.

Now before we dismiss this report entirely, it is worth noting that Take-Two has already agreed to release Borderlands 3 as an Epic Games Store timed exclusive, a deal which makes future game collaboration/partnerships more likely. On top of that, Valve takes a 30% cut from all DLC sales and in-game purchases, making Take-Two's reported deal highly valuable for the company. Epic's lower cut from general game sales is also a huge incentive for a game as large as Red Dead Redemption 2.

While the source of this rumour is one that should not be taken seriously, what is said makes a lot of sense for both Epic Games and Take-Two. Red Dead Redemption 2 would be a massive draw for the Epic Games Store, and Take-Two would undoubtedly want to generate the maximum amount of revenue per sale that they can. 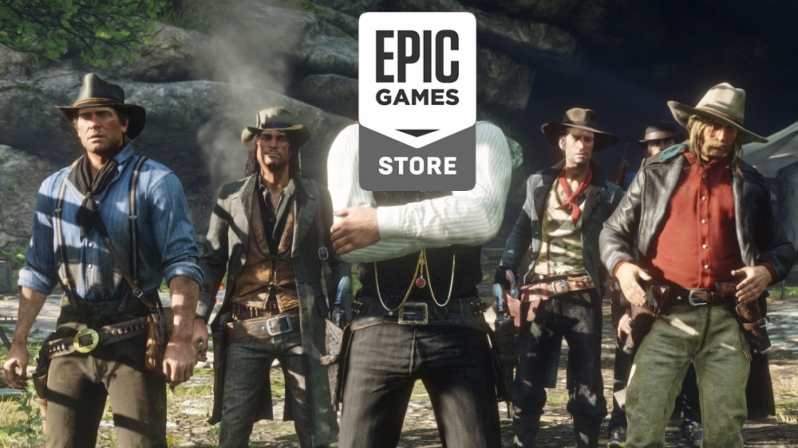 If this report is true, Epic Games has won their most lucrative store exclusive yet, one which will undoubtedly draw a large number of PC gamers to their platform. Are these rumours true? I guess we will find out later this month.

You can join the discussion on Red Dead Redemption 2's rumoured Epic Games Store exclusivity on PC on the OC3D Forums.

jnemesh
I won't be buying this until it's available on Steam. Period. If they want MY money, they make it available on the platform I choose.Quote

AlienALX
Quote:
I would bet that they couldn't give a flying chuff.

You're the one losing out.Quote

Greenback
Cam Epic get god Of War next

Darkdayzzz
Quote:
100% this, AlienxALX is spot on right. They don't care about losing a few peoples (or even hundreds) of peoples money that don't wanna buy the game off the EPIC storefront and who instead want it on STEAM.

People act like STEAM is the best storefront because X or Y reason, the devs and the publisher don't care about that at all. They care about making as much money as they can and when STEAM takes 30% and EPIC takes...12%? that is a huge difference in the revenue they can generate.

STEAM is overpriced with how much they take and they need to realize that finally. I'm not saying EPIC is the end all storefront because it isn't but on the revenue generation aspect it beats STEAM handily.

Plus....its Red Dead 2, it doesn't exactly need to be on STEAM to gain any foothold or traction for people to buy it haha. Everyone knows about the game and is anticipating buying it for PC (I've had it for console so idc about it for my pc; my Xbox one x and 4k tv make everything look just as good imo and the little difference in graphic fidelity means nothing to me).

The only people going to be missing out are the ones who are saying "STEAM or I'm not buying it!" or "I'll wait til its on STEAM since I don't want another launcher installed.." cuz the few hundred MB of storage it takes up is so bad...and clicking the other launcher and pressing play on the game is so hard....

WYP
It is worth remembering that GTA V was available as a standalone title as well as on Steam. Take-Two have wanted to avoid Steam's fees for a while.Quote
Reply