Is Rockstar in the wrong for referencing a historical organisation?

Players of Red Dead Redemption will have dealt with more than a few Pinkertons in their time, but it seems that their inclusion in the game has spawned a real-life lawsuit between Rockstar Games and the real-world Pinkerton National Detective Agency, which is now known as Pinkerton Consulting & Investigations.

Several key sections of Red Dead Redemption 2's plot centres around the Pinkerton Detective Agency, being referenced throughout the game with their detectives being present during several major plot points. With this lawsuit, the real-life Pinkertons seek to receive a settlement from Rockstar's parent company, Take-Two Interactive, who said they are "willing to discuss a lump sum figure", or sue the company for trademark infringement.

Rockstar Games defends itself by saying that Red Dead Redemption 2 is a "historically accurate videogame set in the Wild West in the late 1800s", a time when the Bureau of Investigation, a precursor to the modern-day FBI, wasn't formed. During that era, organisations like the Pinkertons were contracted by the government to detect and prosecute those who were guilty of violating federal laws.

Red Dead Redemption 2 is said to use the historical Pinkerton National Detective Agency and its agents to help accurately portray the 19th Centruty American Landscape that the game recreates.

Beyond that, the Pinkertons are referenced frequently in the media, with their own Wikipedia page hosting an "Appearance in popular media" section. It is also worth noting that the original Red Dead Redemption appears in this list, an inclusion that didn't spark any controversy when it released in 2010.

The game’s reference to the historical Pinkerton National Detective Agency and its agents is
but one of a myriad of ways that Red Dead 2 accurately portrays the historical Nineteenth Century American landscape, 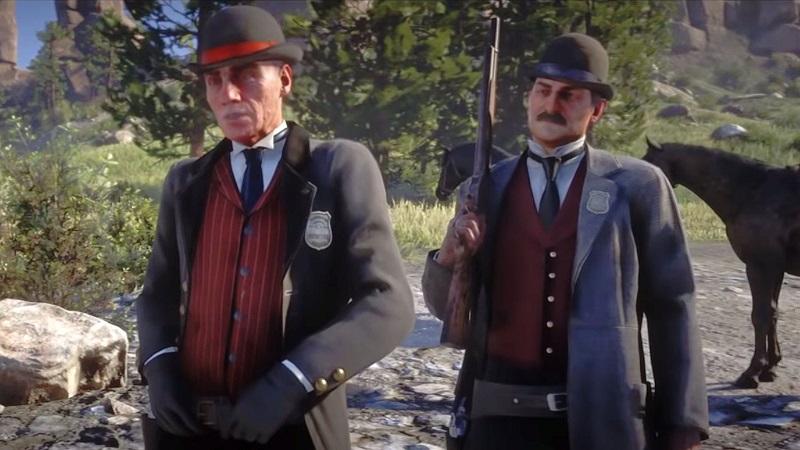 Pinkerton Consulting & Investigations takes issues with the fact that references to the company could lead players to believe that they were involved in the game's development, though Rockstar and Take-Two are taking a firm stance against them due to their belief that their use of the Pinkertons is protected under the United States First Amendment.

In their request for a declaratory judgement, Take-Two states that “Creative works about the American West are permitted as a matter of law to include such real historical events, figures, and businesses”, and that Pinkerton Consulting & Investigations "cannot use trademark law to own the past and prevent creators from including historical references in depictions of the American West”.

You can join the discussion on Rockstar Games getting sued by the real-world Pinkerton Detective Agency on the OC3D Forums.

tolagarf
LOL... You can't copyright something more than 75 years from what I recall, and you can't exactly copyright history (even though the games story has nothing to do with history). The Pinkerton company was founded in 1850 as I recall. This will without a doubt get thrown out of court.Quote
Reply