The PC version of Rockstar Games' Red Dead Redemption 2 will release on November 5th, allowing PC gamers to play one of the most popular game release of the current console generation, complete with PC exclusive improvements and features.

Watch the official Red Dead Redemption 2 PC Launch Trailer that showcases the all new graphical and technical enhancements on display in the PC version, as Arthur Morgan and the Van der Linde gang desperately try to outrun the law. After being hounded off the mainland, Arthur and the gang find themselves caught in a local conflict on the shores of a remote Caribbean island, disoriented and yearning to find a path back to their hidden fortune - and the dreams of a better future promised by their charming and increasingly erratic leader, Dutch van der Linde.

Time is running out to pre-purchase Red Dead Redemption 2 for PC direct from Rockstar Games to receive exclusive bonuses including a free Rockstar Games PC title, extras for Story Mode like the War Horse, the Outlaw Survival Kit and the Le Trésor des Morts Treasure Map, 50 Gold Bars for Red Dead Online, and discounts on Special and Ultimate Edition upgrades. Pre-purchasers can now pre-load the game in preparation for launch on November 5th.

When compared to many modern titles, Red Dead Redemption 2 will release with relatively modest PC system requirements, requiring a minimum of an i5-2500K processor, or an AMD FX-6300 alongside 8GB of memory and either a GTX 770 or an R9 280. The only high system requirement is the need for 150GB of storage space, which is higher than what's required on the game's console versions.

Rockstar Games recommends that PC gamers use Nvidia's GTX 1060 graphics card or AMD's RX 480, both of which are modest graphics cards by today's standards. These GPUs are expected to target 1080p 60FPS gameplay. 12GB of system memory is recommended alongside Microsoft's Windows 10 operating systems and a strong quad-core/eight-thread processor like an Intel i7-4770K or an AMD Ryzen 5 1500X. 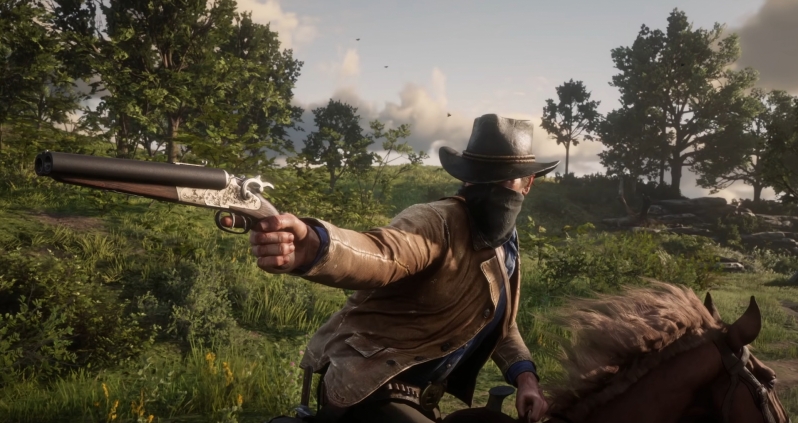 You can join the discussion on Red Dead Redemption 2's PC launch trailer on the OC3D Forums.