Resident Evil 4 now looks better than ever on PC

While Capcom is reportedly working on a remake of Resident Evil 4, those efforts have not stopped PC modders from creating their own remastered version of Resident Evil 4. Next week, Resident Evil 4 is getting an unofficial remaster in the form of the Resident Evil HD Project, a mod that will update the textures, lighting and models of the game's Steam version.

Resident Evil 4 is still a great game to play in 2022, despite the game's 2005-era visuals. With the Resident Evil 4 HD Project, the game has been lovingly recrafted with updated models, new textures, and other graphical upgrades. The best thing about this mod is its attention to detail, as this mod intends to replicate the design intent of Resident Evil 4's original artwork while doing so at higher resolutions. This process involved the discovery of the real-world objects that inspired many of Resident Evil 4's textures, allowing these objects to be recreated with increased detail.

Resident Evil 4's movie files have also been recreated at full HD resolutions, giving them a significant detail uplift over their original 512x336 versions. On top of that, 60 FPS gameplay is supported by this mod, which is great news for those who enjoy high framerate gameplay.

If you want to see this mod in action, just watch the video above. When this mod officially releases, it will greatly diminish the world's need for Resident Evil 4's planned remake. For many gamers, this will be the definitive edition of Resident Evil 4, not Capcom's remade version.

Resident Evil 4's HD Project will launch on February 2nd 2022 on the re4hd website. Pre-release versions of the mod are already available to download, but these versions are incomplete and feature bugs that will not be present within the mod's final version. You are better off waiting for the mod's 1.0 version.

You can join the discussion on the Resident Evil 4 HD Project on the OC3D Forums. 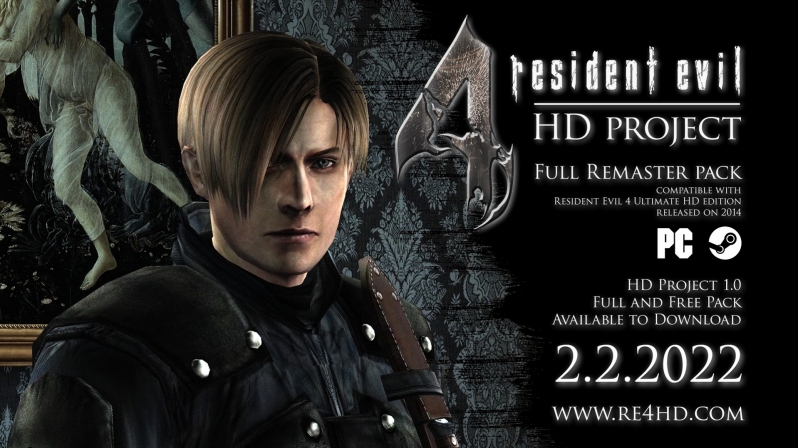