The game was delayed to increase the title's polish

PlayMagic has confirmed that the release of XIII, the classic cell-shaded shooter, has been postponed until 2020. The developer has stated that the "additional development time is needed to reach the level of polish we're aiming for."
The studio plans to bring back XIII with "the best possible graphics and animations", making this remake more than a mare HD reskin of the PS2-era classic.
The original XIII was released in 2003 for PlayStation 2, Xbox and GameCube, offering visuals which were designed to match the comic series that the game is based on. The remaster will be handled by Microids and PlayMagic, with both studios hoping to remain faithful to the original game while reworking the game's mechanics to make the game more suitable to modern audiences.
At launch XIII was praised for its story and its uncommon graphical style, which granted the game a unique look and feel during the 6th generation of consoles.

Play as «Thirteen», a talented soldier who lost his memory and has been accused of killing the President of the United States. You wake up injured and amnesic on Brighton Beach with the only clue being a small key and a mysterious tattoo « XIII » next to your clavicle. It’s now your job to search for answers in the 34 levels of the solo campaign. Don’t worry, you will find the appropriate weapon arsenal along the way.

While no gameplay has been released for XIII's upcoming remaster, we were able to find this image which showcases what gamers should expect from the remaster graphically. Please note that XIII's artwork is subject to change, but as it stands, players can expect a substantial graphical uplift over the PS2 original.

XIII's remake will be coming to PC, Mac, PlayStation 4, Xbox One and Nintendo Switch sometime in 2020. 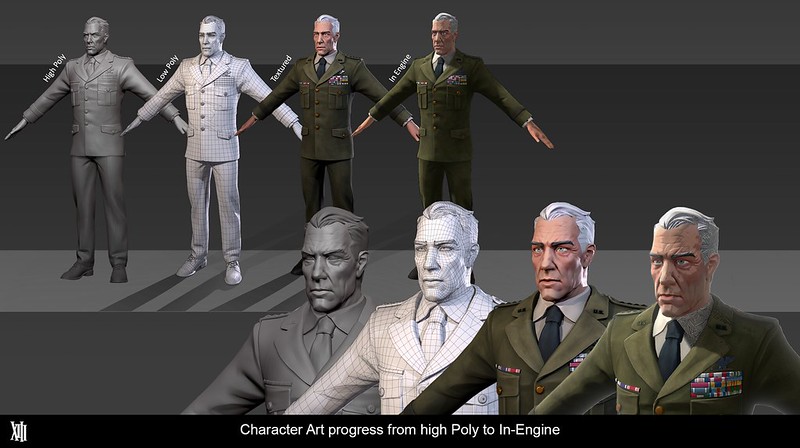 You can join the discussion on XIII's planned remake on the OC3D Forums.

tgrech
That's a shame but hopefully indicates this won't be a rushed cash in, not that it had that vibe so farQuote
Reply