Does your PC have 110GB of free space?

To pre-load the game, PC gamers will need 110 GB of storage space, and a pre-order for Red Dead Redemption 2 on the Rockstar Games Store. In Rockstar's storefront, you need only select Red Dead Redemption II, hit pre-load and select the storage drive where you wish to install the game. 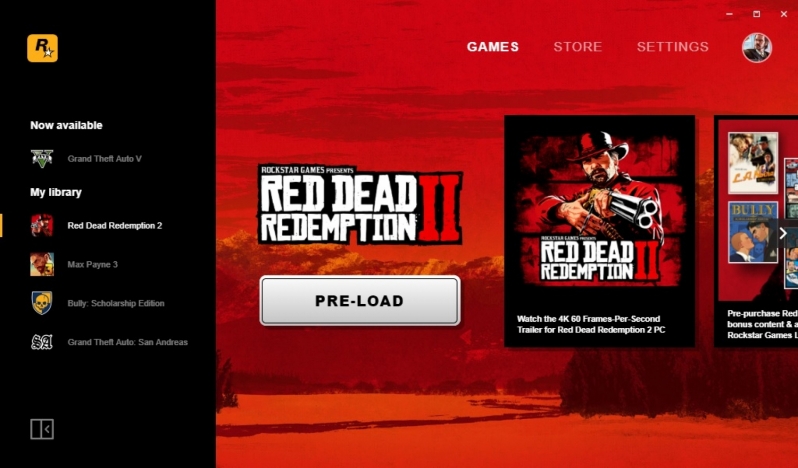 When compared to many modern titles, Red Dead Redemption 2 will release with relatively modest PC system requirements, requiring a minimum of an i5-2500K processor, or an AMD FX-6300 alongside 8GB of memory and either a GTX 770 or an R9 280. The only high system requirement is the need for 150GB of storage space, which is higher than what's required on the game's console versions.

Rockstar Games recommends that PC gamers use Nvidia's GTX 1060 graphics card or AMD's RX 480, both of which are modest graphics cards by today's standards. These GPUs are expected to target 1080p 60FPS gameplay. 12GB of system memory is recommended alongside Microsoft's Windows 10 operating systems and a strong quad-core/eight-thread processor like an Intel i7-4770K or an AMD Ryzen 5 1500X.

You can join the discussion on Red Dead Redemption 2 becoming available to pre-load on PC on the OC3D Forums.

AlienALX
TBH I don't find this terribly exciting. Still not bought it for my XB1X.Quote

Warchild
Quote:
I wouldnt bother. I found it incredibly boring. While its a quaint idea that you have to eat to gain health. Its the most annoying concept that I have to press a button for each bite I take. Novel a the start but loses its flare very quickly.

Also found it pretty repetitive. Each to their own I guess. It just wasnt for me. I have it in my drawer since day 1. I think I have about 2hours of game time invested, but no more.

The 4K detail was ok, but nothing that amazed me. The grass motion blur put me off the 4k details actually.Quote
Reply