Hmm, I wonder if Red Dead Redemption II will come to PC

Red Dead Redemption II has quickly become one of the UK's most popular retail launches of 2018, coming second to FIFA 19, a game that is undeniably popular in the home nation of football.

Console gamers everywhere have anticipated this release which great excitement, oozing an undeniable hype despite the lack of pre-launch information about the game. There is no shortage of people who want to get down to some rootin tootin cowboy shootin, even on platforms that currently lack a bespoke version of the game.

With the release of the Red Dead Redemption II Companion App, several references to future versions of the game have already been uncovered, revealing references to PC as well as Oculus', suggesting that the game is coming to Windows PC with support for VR headsets like the Oculus Rift.

These files contain references not just to the games PC version, but also to the title's graphical options, which range from Temporal Anti-Aliasing settings, Shadow Quality, framerate limits and the use of advanced Bokeh depth of field options. It seems clear that Rockstar plans to bring Red Dead Redemption II to other platforms, though it is worth noting that Nintendo's Switch console isn't referenced in the app. 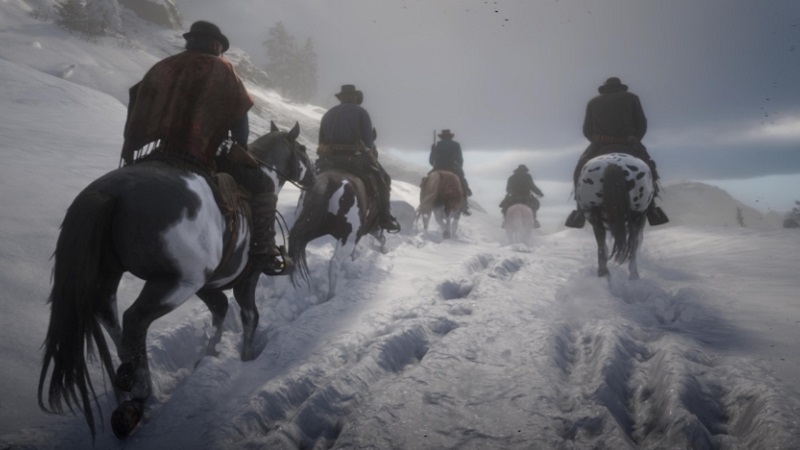 Red Dead Redemption II makes a lot of sense on PC, especially after the popularity of GTA V. Our guess is that Rockstar will bring Red Dead Online to Xbox One and PS4 and bring the game to PC sometime thereafter, capitalising on a second wave of console sales before bringing the game to a new hardware platform.

GTA V and GTA Online remain amongst Steam's most played games to this day, giving Rockstar undeniable reasons to invest in a PC release. The game is almost guaranteed to make money, especially if Red Dead Online proves popular.

You can join the discussion on Red Dead Redemption II's companion app referencing a PC/Oculus version on the OC3D Forums.

AlienALX
Probably a good thing my Xbox is dead and has to go for RMA as I would have buckled and got this for it. I would like to hold out for the PC version if I can

g0ggles1994
They'll do what they did with GTAV.

WYP
Quote:
You forgot to add the next-gen console version when they arrive. :P Strange to think that GTA V was a 360/PS3 era game.Quote

SPS
This is probably the best game I've ever played. Mostly due to the appreciation for attention to detail.Quote

ImprovizoR
This is pretty much a confirmation that the damn thing's been in development for the PC from the start.Quote
Reply